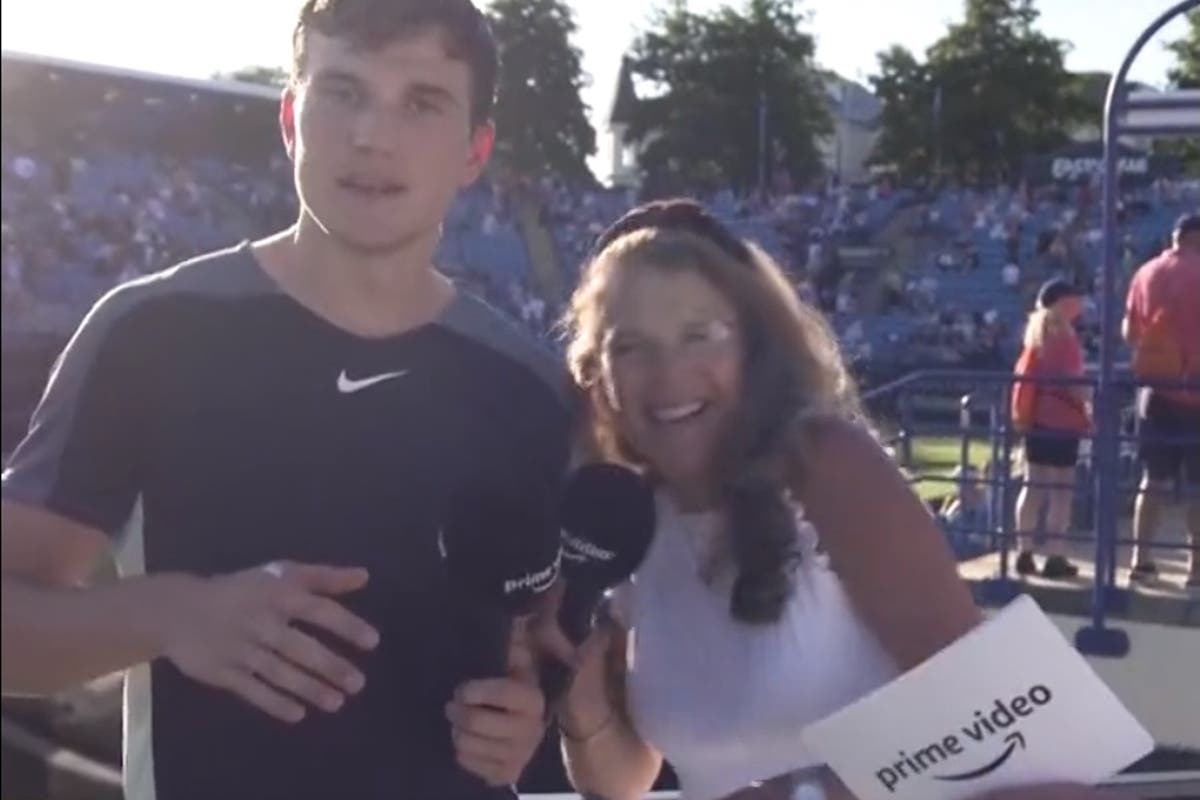 ritish tennis star Jack Draper was sent a unique message of “good luck” in the form of bird poo ahead of his Eastbourne semi-final.

The 20-year-old faces Maxime Cressy for a place in the Rothesay International final, which would be a first ATP Tour showpiece of his fledgling career.

However, the build-up to the last-four clash with the American was somewhat interrupted by an unwelcome gift from above when a bird let fly with a present.

“But, at the same time, I know it is on a grasscourt as well, this season is short and there is not a lot of players who earn a living on the grasscourt…”

Draper then trailed off, looked down at his hand and said: “I’ve just been pooed on by a bird.”

The world no108 then asked Croft and those behind the camera: “Is that good luck?”

The Prime Sport presenters confirmed it was, before Draper then added: “You know, my coach got that yesterday, as well, so it’s good luck.”

Surely a win is in the bag now.