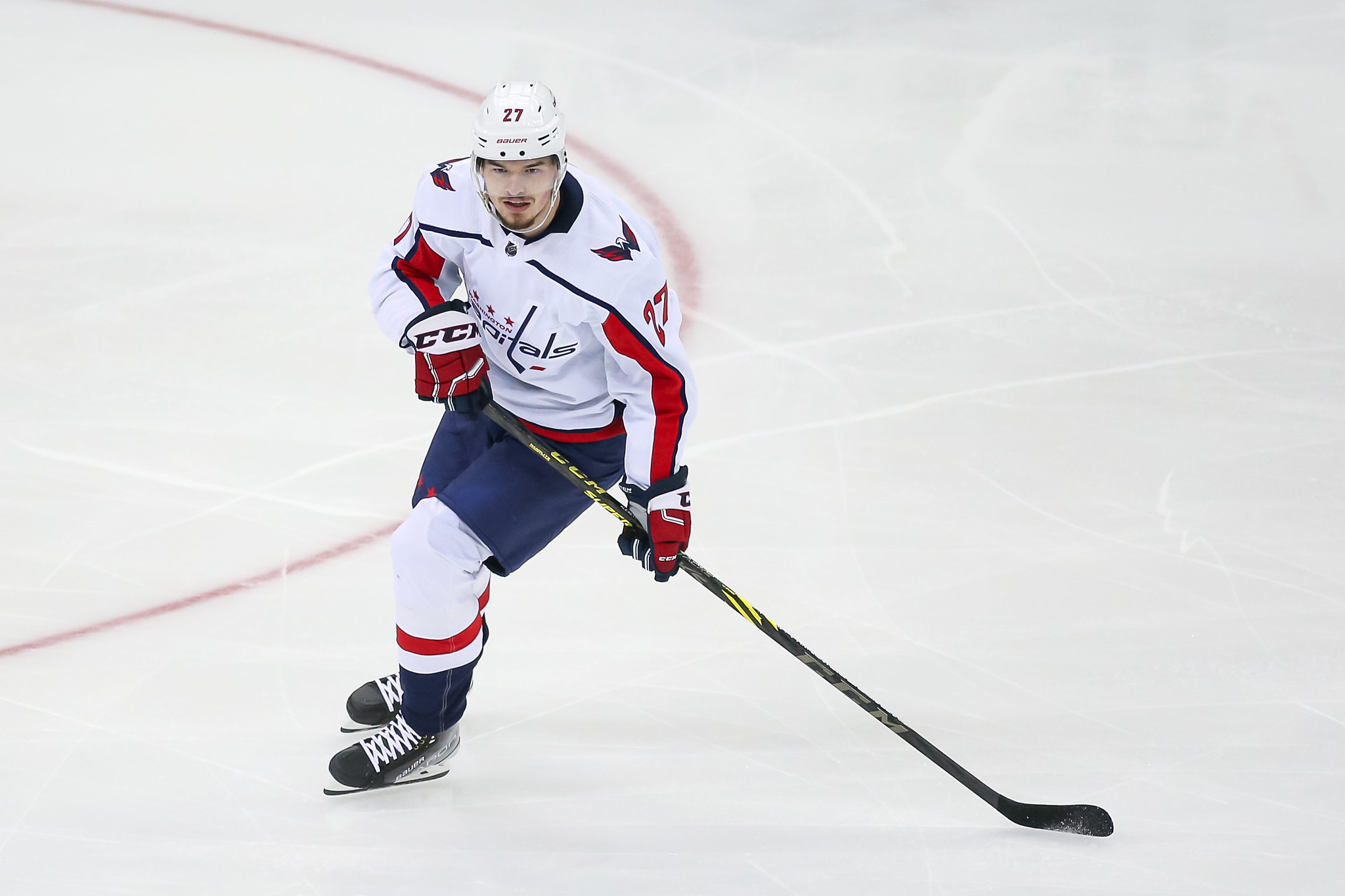 It has been a summer of surgeries for the Washington Capitals. First Tom Wilson, then Nicklas Backstrom, and now Alex Alexeyev, who is expected to miss 4-5 months after undergoing shoulder surgery. If the injuries to two of the team’s top-six forwards weren’t enough to create a tough free agency and internal decisions, Alexeyev’s absence has caused an under-the-radar stir.

Last month, Wilson underwent a procedure to repair his ACL that was injured during the first-round playoff series against the Florida Panthers. He will most likely be out until December. Just over a week ago, Backstrom had another surgery on his injured hip. There is no timetable for his return.

This has added a lot of uncertainty for management and head coach Peter Laviolette. With Wilson out, the team will probably look within the system and shift the lines around to find a fit until the 28-year-old can play competitively again. Backstrom has introduced another dilemma, however. The 34-year-old has the second-largest contract on the team at $9.2 million per year, which is in effect through the 2024-25 season. As strange as it sounds, retirement or being waived are options, though not ideal to most Capitals supporters.

Related: Capitals and Filip Forsberg Could be a Good Match

Alexeyev’s injury has added yet another layerto how Laviolette has to rearrange the lines to start the season and how management will approach free agency. The 22-year-old was most likely going to be called up from Hershey, Washington’s American Hockey League (AHL) affiliate, this season to help fill potential voids on the blue line given the high chance that Justin Schultz will not be re-signed this offseason. Now, the Capitals have even deeper roster concerns heading into 2022-23.

Alexeyev played in one NHL game last season. He only skated for 10:35 and managed to find his way to the penalty box once. In the AHL last season, he registered 19 points (1 goal, 18 assists) in 68 games and 51 penalty minutes. He performed better in his rookie season in the AHL (2019-20), recording 21 points (3 goals, 18 assists) in 58 games played and only 16 penalty minutes. The defenseman spent most of the gap year between his two AHL campaigns in the Kontinental Hockey League.

As Jon Sorensen of NovaCaps says, Alexeyev’s 2021-22 AHL season was “underwhelming.” He’s correct, but still, it has created a predicament on the Capitals’ blue line. In addition to Schultz’s possible departure, Michal Kempny is also likely not to be retained. Though Alexeyev’s development may not have been on pace, now his injury has set him back even more. Not only does a void still need to be filled, but a void in the void also needs to be addressed.

Heading into next season, there are only five defensemen on the roster who are not unrestricted free agents: John Carlson, Dmitry Orlov, Nick Jensen, Trevor van Riemsdyk, and Martin Fehervary. It gets worse. Four of those five become free agents next summer. Alexeyev was supposed to give them some relief, but now that won’t come until around November, and there’s still uncertainty surrounding his NHL readiness.

Another Hershey player to consider is Lucas Johansen. The 23-year-old is a left-handed shot and out-produced Alexeyev last season for the Bears. Johansen registered 28 points (8 goals, 20 assists) in 62 AHL games played. In his one NHL appearance last season, he recorded an assist.

Washington will most likely sign a veteran in free agency to a one-year deal. Remember, if Backstrom decides to shock (kind of) everyone and retire, that would open up a lot of cap space to maybe change management’s approach to the market. There are some big names out there to consider if that’s the case, like John Klingberg, Ben Chiarot, or Kris Letang (could you even imagine?).

A couple of mid-tier defensemen to look at are Josh Manson or possibly even P.K. Subban (another former player of Laviolette’s from their days with the Nashville Predators), as odd as that may seem financially. His better days are behind him, but he’s still solid, so his contract may not be as heavy as his name, especially the longer lasts in free agency without signing a deal.

Realistically, Washington has to sign at least two defensemen just to fill their roster. They don’t even have three solid pairings at the moment, assuming Schultz and Kempny will be gone.

It’s hard to swallow, but the Capitals should approach this season as a buffer year. They will be without one of their offensive stars in Wilson for almost half the season, and if they don’t sign an impact player in free agency, then Connor McMichael and others will have to replace Backstrom for the time being – or perhaps permanently — as well.

Now that the team’s blue line situation is almost as bad as the red line – let’s not even mention what’s going on in net – management and Laviolette must consider if contending this season will even be an option. That might be an over-exaggeration. If they can sustain a decent record for the first half of the season without key players, anything can happen after the injured skaters return. The trek will be uphill no matter how the team looks at it though, considering the depth of competition not only in the Metropolitan Division but the Eastern Conference as a whole. Remember, Washington eclipsed 100 points last season, and still only managed to be the second wild-card team in the Stanley Cup Playoffs.

As of right now, this is going to be an incredibly difficult offseason for the Capitals, with some very hard choices ahead.

Carl Knauf is an author and master journalist (so the degree says). He specializes in sports–primarily hockey–music, and the publishing industry. His sports writing has been featured on The Hockey Writers, Last Word On Sports, and local newspapers in his home state of New Mexico. Carl covers the Washington Capitals with accurate reporting and detailed analysis to help readers answer basic and burning questions such as, “Why did the Capitals not win the Stanley Cup (again)?”

Please share your takes in the comment section at the bottom of every THW article, and also feel free to chat with and follow Carl on Twitter. For interview and feature requests, please visit his Muck Rack profile.