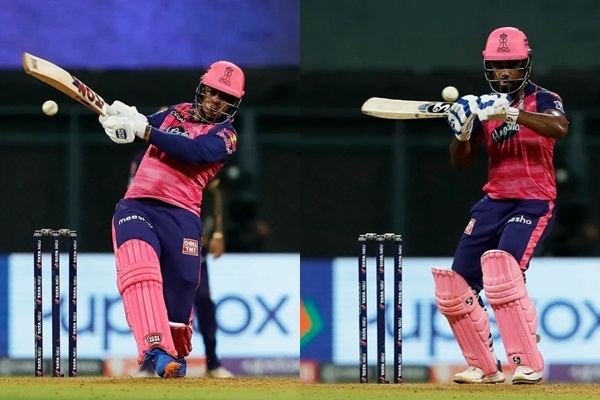 Kolkata Knight Riders beat Rajasthan Royals by seven wickets in Match 47 of the Indian Premier League 2022 at the Wankhede Stadium in Mumbai. Nitish Rana (48*) and Rinku Singh (42*) added an unbroken 66 in 38 balls to help Kolkata chase down 153 in 19.1 overs.

Umesh Yadav provided an early breakthrough, sending Devdutt Padikkal back to the pavilion in the third over. Jos Buttler was unable to compensate for his slow start, and just when he looked to go into acceleration mode, Tim Southee had him caught by Shivam Mavi.

Karun Nair was unable to leave a mark, getting out for a run-a-ball 13 to Anukul Roy. Samson, meanwhile, completed his fifty. Riyan Parag gave hope for a strong finish with his early sixes, but he, too, did not last. His attempted pull against Tim Southee found Anukul Roy at deep mid wicket.

Shimron Hetmyer’s quick 27 not out propelled Rajasthan to a fighting total. He smashed two sixes off Southee in the penultimate over.

Just like Rajasthan, Kolkata had a slow start. Their batters failed to capitalise on the field restrictions inside the Powerplay. Kuldeep Sen bowled Aaron Finch in the fourth over, while Baba Indrajith made 15 off 16 balls. Shreyas Iyer and Nitish Rana then added 60 for the third wicket to keep the asking rate in check.

Shreyas scored 34 in 32 balls before Trent Boult snared him. At this point, Kolkata still needed 60 runs in seven overs, but Rana and Rinku added an unbeaten 66 and held their nerves to get Kolkata across the line. For the first time in the season, the Rajasthan spinners failed to take a wicket.