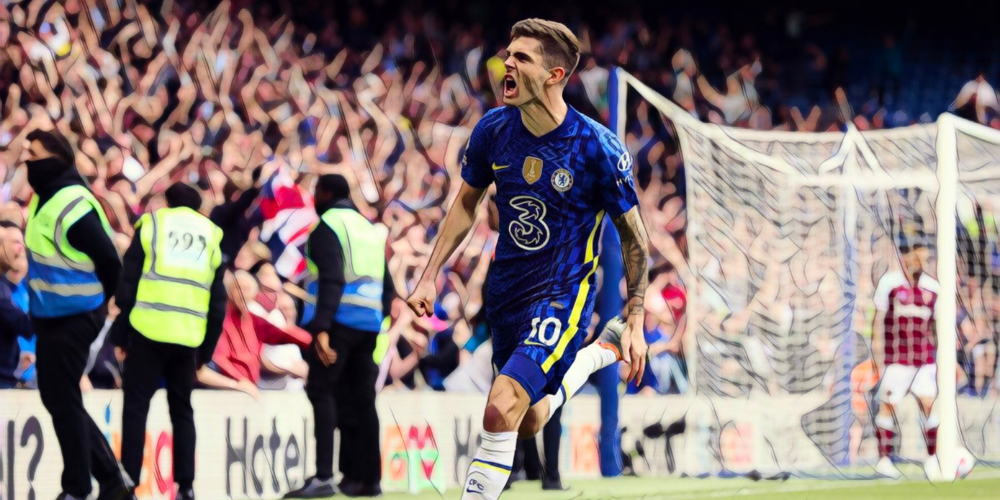 The United States is home to an exciting collection of young talent at present with more Americans than ever before representing some of Europe’s leading clubs.

Having missed out on qualification for the 2018 World Cup in disappointing fashion, a youthful generation have emerged to earn their place in Qatar and there will be cautious optimism over a strong tournament in 2022 – with England among their opponents in the Middle East.

Just two Americans have also ever won the Champions League, but that list could grow across the next decade as the nation’s starlets make an impression in Europe.

So for those of you interested in sports betting in the USA, we’ve decided to pick out the five best Americans playing in Europe right now.

Brenden Aaronson looks set to be the next American to make a move to one of Europe’s major leagues, with Leeds United among the clubs said to be interested in signing the Red Bull Salzburg midfielder.

The 21-year-old has scored six goals and provided 10 assists in all competitions for the Austrian champions this season, providing assists in both legs of Salzburg’s Champions League exit to Bayern Munich.

Aaronson’s dynamic running and creative output make him appear tailor-made for the Premier League and it would be little surprise to see clubs register an interest in the midfielder again this summer.

Will he keep his impressive form for the @USMNT come November? 🇺🇸 pic.twitter.com/cLyg0V82W6

Comfortable operating as an eight, ten or even in a wide role, his tenacity out of possession and quality with the ball have captured the interest of teams across Europe.

Aaronson has also enjoyed a fine start to his international career with 9 G/A in 18 caps for the USA and will be a central figure in their team in Qatar.

Tyler Adams is another name who has been linked with a Premier League move in recent windows, having shone since signing for RB Leipzig from New York Red Bulls.

Adams has operated in a number of positions for the Bundesliga side, showcasing his qualities when stationed both at right-back and in central midfield.

Germany has often been a breeding ground for talented American prospects and the 23-year-old is the latest to have impressed in the Bundesliga, racking up almost a century of appearances for Leipzig across the last four seasons.

Adams has said his favoured role is at the base of the midfield, but his tactical intelligence and work-ethic have seen him shifted into various positions with the midfielder executing each in impressive fashion.

He will hope to end the current season with silverware with Leipzig set to face Freiburg in the DFB-Pokal final and into the semi-finals of the Europa League.

Sergino Dest has had an unusual path towards the top for an American prospect, with the Dutch-born defender schooled in the famed Ajax academy before earning a big move to Barcelona.

It’s been a meteoric rise for the right-back who spent just one season as a first-team regular at Ajax, making 35 appearances in all competitions to earn a €26m move to the Camp Nou.

He has been a regular feature in the Barcelona side across the past two seasons, with his electric pace, energy, and attacking contribution having made him the ideal modern full-back.

Dest has already racked up 72 appearances for the Catalans and earned 17 caps for the USA at international level, with international manager, Gregg Berhalter, having said that the ‘sky’s the limit’ for the 21-year-old when speaking after the nation’s win over Costa Rica earlier this year.

“Sergino is an interesting player because it’s almost like the sky’s the limit for him,” he said. “He can be as good as he wants to be.”

After a spell out of the side he has returned to favour under Xavi and will hope to form part of the youthful core at the centre of Barcelona’s rebuild under the club great.

Weston McKennie’s season has hit a roadblock after he sustained a fractured foot in February, an issue which halted another productive season for the Juventus midfielder.

McKennie signed for Juventus on an initial loan deal from Schalke in 2020, becoming the Italian giant’s first American star and just the fifth to have featured in Serie A.

He scored five goals during an impressive first season, with Juventus exercising a clause to make the move permanent. McKennie has continued to be a valued member of Massimiliano Allegri’s squad, making 28 appearances during the current campaign.

Comfortable in an anchor role or as a box-to-box presence that makes the most of his athleticism, he is another that English clubs have considered in recent windows.

The 23-year-old – already among the most senior names in the USNT – has scored nine goals in 34 caps for the US and will be a major influence on their World Cup hopes this winter.

The USA will meet England, Iran and the winner of a European play-off in Qatar and will have ambitions of matching their best-ever performance of a quarter-final run in 2002.

Christian Pulisic will carry the weight of expectations for the USA in Qatar and has been backed as the nation’s leading light since his exciting early emergence.

Having broken into the national side as a teenager before becoming the youngest player to captain the United States in the modern era, Pulisic – despite being just 23 – has already won 43 caps at international level.

What a time to score! pic.twitter.com/cm495fNm5K

He signed for Chelsea in a £58m deal in 2019 to become the most expensive American of all time and has since enjoyed some memorable moments, including the club’s Champions League success in 2021.

The winger has scored seven goals and provided four assists in all competitions this season as he has struggled to command a prominent role in Thomas Tuchel’s plans, but he remains the USA’s biggest natural talent and footballer whose ceiling has not been reached.

Pulisic’s goals were crucial to the USA’s qualification for Qatar and he has 21 for the national team, including a first international hat-trick during March’s win over Panama.

Read – Five of the most memorable Champions League semi-finals