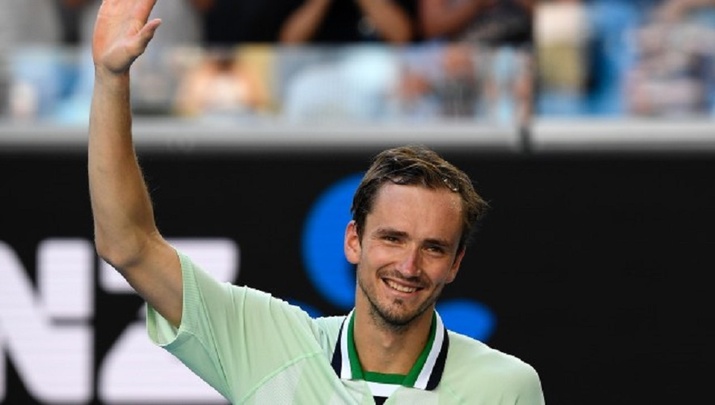 At the start of every major when the draw is first revealed, there are inevitably a handful of match-ups that everyone hopes to see in the final.  Now, after six rounds of play, one of those match-ups has come to fruition.  Daniil Medvedev has lived up to his billing as the highest seed in the tournament and backed up his result of a year ago by reaching the final.  Opposite him is a familiar foe in Rafael Nadal, a man seeking to stand alone in the slam race by winning a record twenty-first major singles title.  On Sunday evening, they will meet to decide if Medvedev can further encroach on the stranglehold the original Big 3 have had on the sport, or if Nadal will send an emphatic message to the rest of the field that he is back and far from done winning the most prestigious titles in tennis.

Seeded just four places apart at two and six respectively, there is not much daylight between Medvedev and Nadal when looking to see who has the edge.  Both are known for producing spectacular defense, making it very difficult to hit through them.  Each man also has an exceptionally high shot tolerance, so unforced errors do not typically come spilling off of their racquets. They are comfortable producing offense from either wing and they each boast serves that can earn them free points and put them in the driver’s seat.

With both men having so many matching strengths, it is going to be that much more imperative that they capitalize on those areas where they differ.  In the case of Medvedev, he tends to hit flatter, which should serve him well on this surface and offer him a few more opportunities to take control of the rallies.  In particular, when he gets a look at a second serve, he needs to be prepared to pounce.  At 6’6”, he should be able to handle Nadal’s topspin a little better than most, especially with his two-handed backhand, which is his more solid ground stroke.  Provided he avoids falling too far behind the baseline and plays within himself, he should have the advantage – however slight – of imposing his will in this match.

Nadal is no stranger to bossing opponents around, however, and he is great at making life difficult for them.  The topspin that he produces on his forehand is still one of the most troublesome shots to deal with in tennis, and he has been hitting it well to devastating effect from every angle on the court.  He is going to need to do that on Sunday to keep the Russian on a string.  Like the second seed, Nadal also needs to ensure that he makes a concerted effort to stay up on that baseline and when possible, utilize his superior net skills.  His fitness and defense are two attributes that have made him a legend, but given how little he played between September and now, the way he felt gutted following his five-set thriller against Denis Shapovalov in the quarterfinals, and the fact that Medvedev is ten years his junior, this is one of those rare occasions where a war of attrition may not be in his best interest.  The more efficient he can be by taking it to his opponent, the better.

For all of their stellar skills on the court, however, the ability to produce those amazing shots or come up with the goods when the chips are down boils down to having the mental fortitude to handle the magnitude of the moment.  Sentiment, and frankly habit, would point to Nadal getting the nod in this crucial area of success.  As previously noted, he is going for a record twenty-first major singles title, so he clearly knows what he is about when he gets to this stage.  He surprised himself with how quickly he found his form at the start of this season, so there may be a certain amount of pressure off his shoulders as he goes for a victory he did not see coming this early.  Furthermore, he holds a 3-1 lead in his rivalry with the Russian, including a five-set victory three years ago in the US Open Final.  He might feel the pressure of trying to break his three-way tie with Roger Federer and Novak Djokovic for most major titles, and there may be a bit of a mental block at this specific venue, as the Australian Open currently remains the only major he won just once.  If he handles those two hurdles, however, he could very well be the victor on Sunday.

But fans will not be counting out Medvedev’s odds of living up to his seeding. The Russian has shown himself to be a quick learner in his rivalry with Nadal.  Their first three meetings all came in 2019, and after winning only three games on that first occasion in Canada, the Russian nearly pulled off a comeback from two sets down in that US Open Final before losing a third-set tiebreak at the ATP World Tour Finals.  He got his revenge against the Spaniard by turning the tables on Nadal a year later at the year-end championships.  He broke through to win his first major last summer in New York as well, so he enters this match knowing he, too, has what it takes to go all the way at a slam.  And perhaps most importantly, based on the way he has previously played both Nadal and Djokovic – whom he defeated in the US Open Final last summer – he looks like a man who believes he not only belongs on the court with these legends, but he expects to win.

Suffice it to say, if these competitors bring their best, this should be a blockbuster final with very little to choose between the two.  It will hardly be a surprise no matter which man is the last one standing.  As such, there is a strong case to be made that that man will be Medvedev, and yet, it is difficult to bet against Nadal.  Coming in under the radar, just the way he likes it, and seeing Djokovic, his main rival, removed before the tournament even got underway, it just feels like all the pieces have fallen into place for Nadal to earn the tip of the hat to secure a stunning twenty-first major single title.