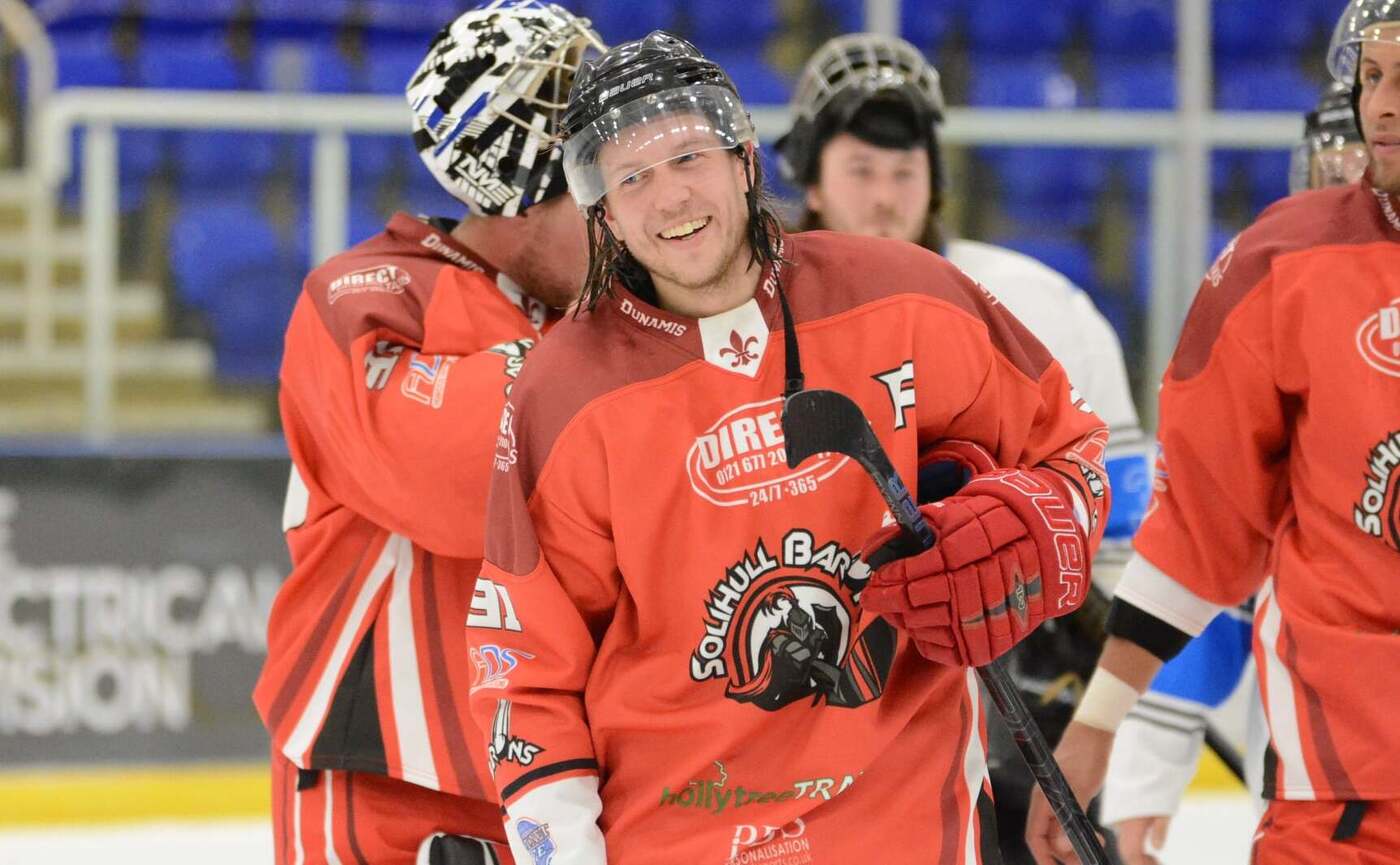 UNITED KINGDOM – Solway Sharks have opened up a four-point lead at the top of NIHL North Moralee D1 after recording two victories over the weekend.

The Sharks kicked things off with an 8-4 win at home to Billingham Stars and followed up with a 6-5 success after a shoot-out at Widnes Wild.

Rolands Gritans weighed in with a couple of goals as second-placed Whitley Warriors triumphed 5-3 at home to Sheffield Scimitars.

The Scimitars had better luck the previous day as they ran out 5-1 winners on home ice against Nottingham Lions – Scott Morris (2), Thomas Palmer (2) and Sam Rodgers got the goals.

Niklas Ottosson (3) and James Smith (3) topped the scoring for Solihull Barons as they raced to a comprehensive 12-5 home victory over Blackburn Hawks.

John Dolan (2), Lewis McIntosh (2) and Joel Gautschi were on target as Dundee Comets won 5-3 at home to Billingham in the Moralee Cup (North).

Hull Jets beat Bradford Bulldogs 8-5 in the northern group of the Laidler Cup, while Telford Tigers won 4-3 at Coventry in the Midlands section.

Aberdeen Lynx maintained their unbeaten record in the Scottish National League with a comfortable 10-3 win at Kilmarnock Thunder – Jordan Leyden (3) led the scoring.

Belfast Giants bounced back from a 4-3 defeat at North Ayrshire Wild with an impressive 7-1 road victory at Paisley Pirates.