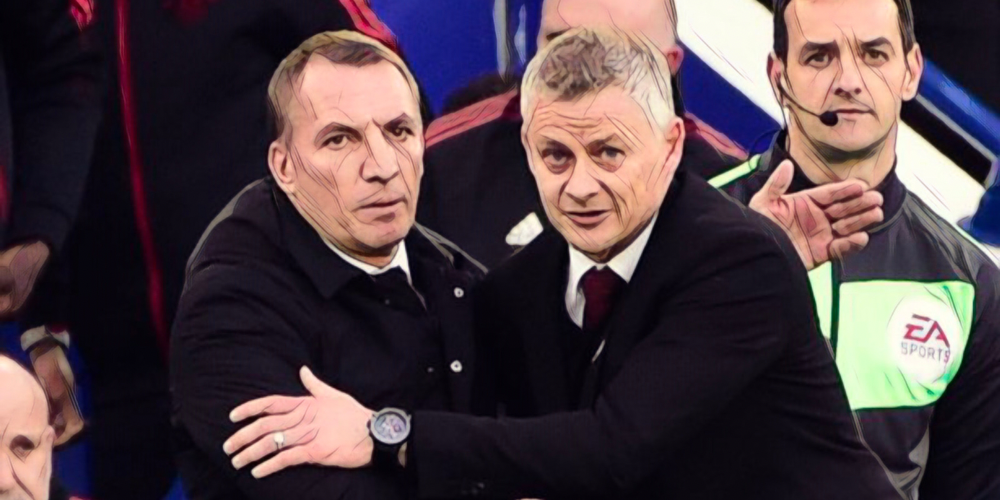 Leicester City boss Brendan Rodgers has emerged as Manchester United’s ‘number one’ target, after the Red Devils drew up a four-man managerial shortlist amid their current slump.

The Old Trafford outfit are currently enduring a dismal run of form under current boss Ole Gunnar Solskjaer, having been outclassed by both Liverpool and Manchester City on their own turf in recent weeks, shipping seven goals in those two defeats while also failing to score.

While individual errors have been a factor in the club’s poor results, much of the blame has been centred on Solskjaer, with the Norwegian facing criticism for his tactical set-up and selection decisions.

The club legend had previously guided United to third and second-place finishes across the last two seasons and helped to steady the ship after a turbulent spell at the club prior to his arrival, yet his stock is now at an all-time low with his side seemingly already out of the title race just 11 games into the season.

Although he remains in the job for now, the Sun are reporting that United have drawn up a four-man shortlist of potential managerial candidates, with Leicester’s Brendan Rodgers believed to be the ‘number one’ target on that list.

Also on the list as possible successors to Solskjaer are former Real Madrid boss Zinedine Zidane, Ajax manager Erik Ten Hag and serial-winner Antonio Conte, although the latter has since taken the Tottenham job with the Italian ‘not prepared to wait’ for United to come calling.

Zidane – who is currently out of a job after leaving Madrid in the summer – is said to be uninterested in the role and the report suggests Ten Hag would not discuss any ‘hypothetical openings’, while Conte only recently took the top job at Tottenham Hotspur.

As for Rodgers, however, the club believe they can prize the Northern Irishman from the King Power Stadium, with a move potentially viable should the club part ways with Solskjaer midway through the season.

There is said to be a difference of opinion among the United hierarchy regarding the 48-year-old, with many still holding out hope that Solskjaer can revive the club’s fortunes, although Rodgers impressive CV to date could sway their thinking.

While his Liverpool connections may prove a sticking point, the former Swansea boss no doubt did a fine job at Anfield, coming just a whisker away from winning the Premier League title in 2014, before enjoying remarkable success north of the border with Celtic, notably guiding the Glasgow giants to an unbeaten domestic campaign in the 2016/17 season.

After joining the Foxes in 2019, Rodgers has overseen two fifth-place finishes and guided the club to a first-ever FA Cup last season, albeit with his side having endured a difficult start to the current campaign.

Solskjaer is expected to be in the dugout for Manchester United’s, though the Red Devils still face a defining period with fixtures against Villarreal, Chelsea and Arsenal all to come in their next four fixtures.