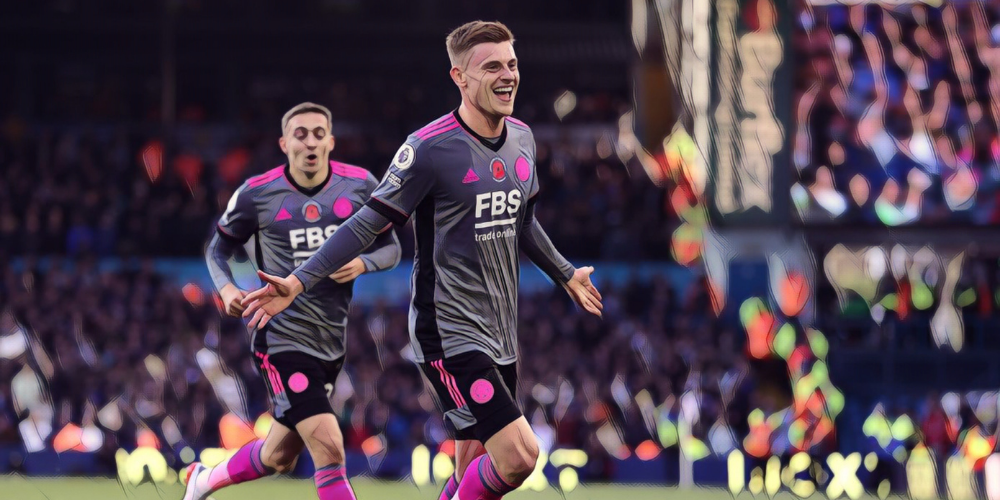 Our weekly Premier League awards honour the best – and worst – of the football action from the weekend.

Moment of the Week

Manchester City’s derby domination has increased the pressure on Ole Gunnar Solskjaer, the end appearing near for the Manchester United manager following another home humiliation.

Whilst the 2-0 scoreline was less pronounced than the 5-0 reverse to Liverpool last month, it was a performance that was no less embarrassing as the Red Devils’ cross-town rivals toyed and tormented the home side with an endless carousel of possession.

Eric Bailly’s early own goal drained hopes of a strong start for United, who conceded a calamitous second as City ended a 26-pass move – the second-highest leading to a goal in the Premier League this season – to double their advantage on the stroke of half-time.

The second half proved a procession as City passed the home side into a feeble surrender, a mismatch that would have been waved off had it come inside a boxing ring, though perhaps a white towel from Solskjaer would have been a more fitting conclusion,

If ever there was evidence of the chasm between the two Manchester sides at present, this was it.

Player of the Week

The dominant display of Pep Guardiola’s side at Old Trafford had a number of fine performances, from Rodri’s control of the midfield to the ever-increasing influence of Joao Cancelo at left-back.

Bernardo Silva’s brilliance earns him our Player of the Week accolade, however, with the midfielder producing another performance of vivacity and drive when it matters most.

Already this season the 27-year-old has rose to the occasion as City have secured results at Stamford Bridge and Anfield, before finding his form once again at a ground he has made a habit of shining on.

Silva scored his third goal in four appearances at Old Trafford with City’s second of the afternoon, a goal his performance richly deserved as the Portugal international tormented the Red Devils from a false nine position.

Bernardo is such a wonderful talent that he can influence proceedings from almost any role, both a wizard and work-horse rolled into one and the midfielder is, having remained at City during the summer, compiling a case as one of the Premier League’s best this season.

Goal of the Week

Harvey Barnes’ return from a lengthy lay-off has seen the winger take time to find his form, though the Leicester star netted his first Premier League goal of the season in stunning style this weekend.

Brendan Rodgers’ side had fallen behind to Raphinha’s free-kick at Leeds, only to find themselves level just 73 seconds later as Barnes bent home a beautiful curling effort into the far corner.

Barnes’ rapid response earns him our Goal of the Week accolade, though honourable mentions go to Trent Alexander-Arnold’s set-piece special at West Ham and Adam Armstrong’s fierce match-winner for Southampton against Aston Villa.

Miss of the Week

Jack Harrison squandered the chance to secure three points for Leeds in that aforementioned draw with Leicester, somehow contriving to bundle a guilt-edged opportunity over the crossbar from close range.

Kalvin Phillips’ flicked header found the unmarked winger at the back post following Raphinha’s in-swinging corner, with Harrison presented with the simple task of touching the ball into the gaping goal from two yards out.

The 24-year-old managed to knee his effort up and over the Leicester goal, extending his wait for a Premier League goal this season with the star having so far struggled to replicate last season’s impressive performances.

Quote of the Week

Michael Owen’s punditry has not been to everyone’s liking since his move into the media, but his scathing assessment of Manchester United following his former side’s derby defeat certainly made its mark.

Ole Gunnar Solskjaer is approaching his third anniversary as Manchester United manager and has failed in that time to provide the Red Devils with either a clear identity or direction towards success, failures which could result in impending change at Old Trafford.

My take on the current state of affairs at Manchester United https://t.co/HQC4o9Vnaw

Stat of the Week

Antonio Conte’s arrival at Tottenham has increased optimism around the North London side, though the Italian will already know the extent of the task facing him in the capital.

The club’s midweek win over Vitesse Arnhem – in which Spurs almost surrendered a three-goal lead inside the opening 45 minutes – was followed with a goalless draw at Everton this weekend, a performance which saw the visitors fail to create goalscoring opportunities.

Spurs had just four efforts on goal with Sergio Reguilon spurning their best chance over the bar, failing to hit the target for the second successive Premier League game – the first time the club have done so since the data was first collected in 2003/04.

1 – Spurs have failed to register a shot on target in consecutive Premier League games for the first time since 2003-04 (when this data is available). Work. pic.twitter.com/LEyl8rUkjB

Manager of the Week

No shortage of candidates for this accolade with David Moyes’ long wait for a win over Liverpool deserving of mention, the West Ham manager ending the Reds’ 26-game unbeaten run and securing a first win over the Merseyside club in 15 Premier League attempts.

Our Manager of the Week awards goes to Patrick Vieira, however, who oversaw a second successive victory with the Eagles after a 2-0 win over in-form Wolves.

11 games into his tenure, the only sides to beat Patrick Vieira’s Crystal Palace in the Premier League are Chelsea and Liverpool.

It’s been difficult not to be impressed with Paddy’s Palace in recent weeks and their latest win has moved the club into the top half and just two points adrift of the top six.

Within a matter of months, Vieira has turned an ageing Palace squad into a vibrant side with youth and energy, with the Eagles solid defensively and possessing plenty of threat further forward.

Donkey of the Week

Liverpool were well aware of the threat West Ham posed heading to the London Stadium, with David Moyes’ side having become a formidable proposition based on defensive strength, high energy and the mastering of set-piece situations.

West Ham have scored more goals from set-pieces than any other Premier League side since Moyes’ appointment in January 2020, and took just four minutes to open the scoring against Liverpool from a corner kick.

Alisson failed to cover himself in glory as his feeble attempt to punch clear resulted in an own goal from the Brazilian, failing to command his area when under pressure, with his calls for a foul falling on deaf ears.

Alisson is the second goalkeeper to score an own goal in the Premier League this season after Tim Krul against Man City.

It was his first touch of the game. pic.twitter.com/qLf2lkAoQY

The Reds’ goalkeeper was at fault again for West Ham’s second and third goals, first allowing Pablo Fornals’ effort to slip under his body, before misjudging another set-piece as Kurt Zouma powered home a header.

It was the first time since August 2017 that Liverpool have conceded two goals from corners in a Premier League fixture and West Ham capitalised on indecision from Alisson to leapfrog their beaten opponents in the table.

Read – Premier League Team of the Week for Gameweek 11