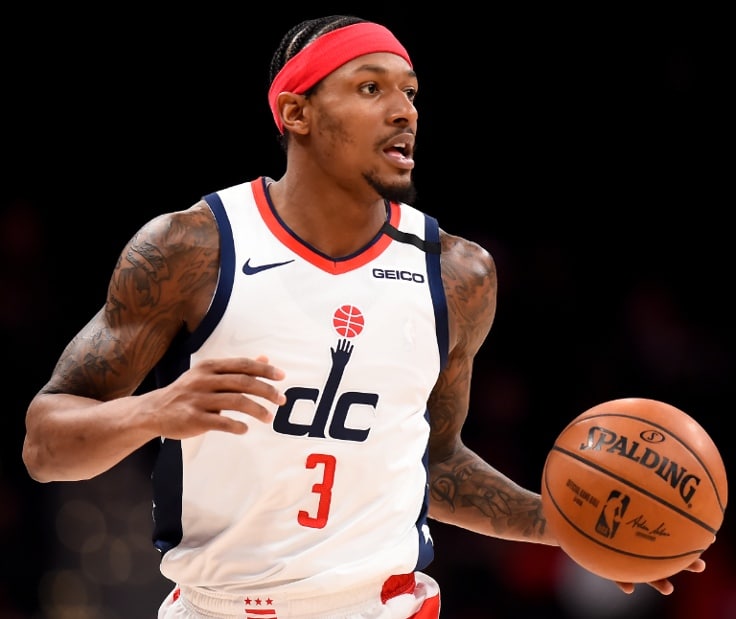 The Washington Wizards attempt to open a new season on a strong note as Bradley Beal and company visit the rebuilding Toronto Raptors on Wednesday, October 20, 7:30 P.M EST at Scotiabank Arena in Toronto, Canada. BetOnline Odds are shown below.

The Wizards signed Daniel Gafford to a three-year, $40 million extension, showing the team’s commitment to developing up-and-coming players with upside. According to Chase Hughes of NBC Sports Washington., the Wizards had the option to extend the contract of Thomas Bryant and Montrezl Harrel, but the team was more willing to gamble on the young center.

Isaac Bonga claimed the final roster spot for the Raptors after agreeing on a non-guaranteed deal. The German-born Bonga said he likes his situation with the Raptors, believing this is the team that will unlock his true potential.

Bradley Beal is nursing a knee injury, though he just been upgraded to probable for Wednesday’s night season-opener against the Raps. On the other hand, third-year forward Rui Hachimura will miss the season-opener despite the league’s health and safety protocol. Thomas Bryant and Cassius Winston are out due to nagging injuries.

The Raptors will be missing former All-Star forward Pascal Siakam, who is still rehabilitating an injured shoulder. Yuta Watanabe will also sit Wednesday with a calf injury, while Chris Boucher is listed questionable.

The Wizards dropped all four preseason games as they convincingly lost their first three assignments before suffering a heartbreaking 115-113 loss to the New York Knicks in the preseason finale. Still, Washington has a chance to right the ship with a morale-boosting win over the rebuilding Raptors. Despite losing an all-around superstar like Russell Westbrook, the Wizards boasts a deeper roster this season with Kyle Kuzma, Kentavious Caldwell-Pope, Montrez Harrell, and Spencer Dinwiddie.

On the other hand, the Raptors are approaching this season a lot different than the previous seasons. With Kawhi Leonard and Kyle Lowry gone, Toronto will be relying on Fred VanVleet, OG Anunoby, and Siakam to guide the team to a respectful finish. Given that the Eastern Conference has become a lot deeper and tougher, it’s safe to say that this year will see the Raptors on a tank mode for much of their campaign.

My brothers been my brothers, man pic.twitter.com/Zz6sj9KuPK

The Wizards should have plenty of firepower on the offensive end, with Beal and Dinwiddie forming the new 1-2 punch combo in the backcourt. The question is how their defense would hold up throughout the season. Nevertheless, Washington may have enough weapons to dispatch a Raptors team that will be missing its franchise player for the first few games of the 2021-22 NBA season.

Pick the Wizards to win its season-opener and cover the spread. The total will fall short of 221 points.