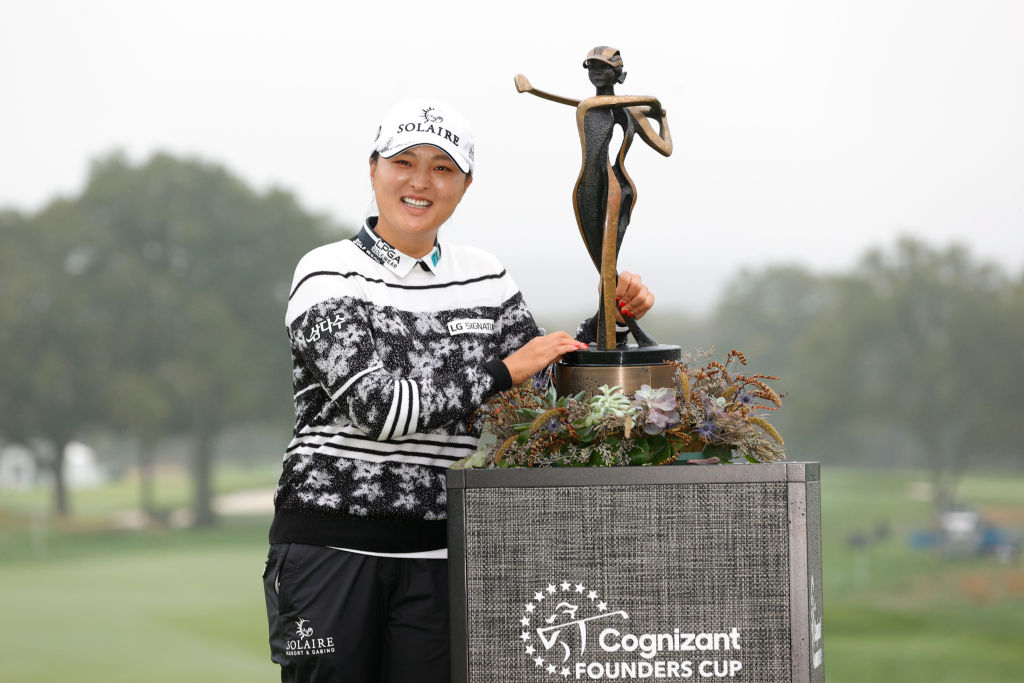 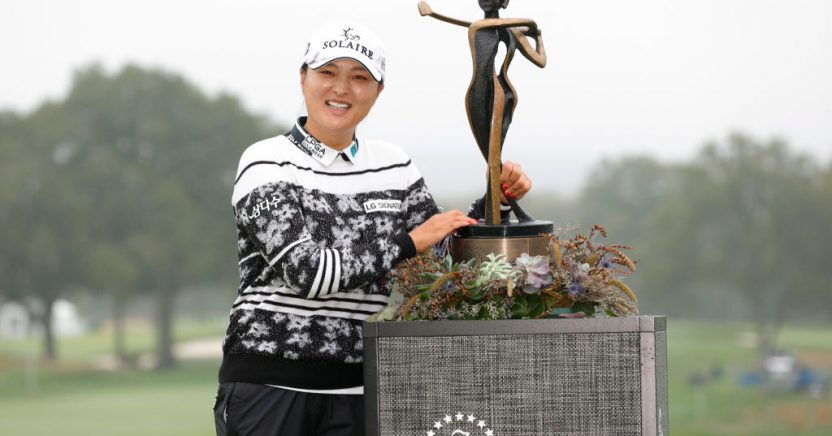 If you are familiar with the world golf scene and the LPGA tournament, you have heard of Jin Young Ko. If not, here’s everything you need to know! Ko Jin-Young, better known as Jin Young Ko, is a 26-year-old professional South Korean golfer. Currently, she plays on the LPGA tour.

Jin Young Ko is one of the most talented golfers of her time and has the mettle to turn into a legend who will be remembered for her prowess on the greens. She turned professional in 2013, and by the age of 22, she was already a ten-time champion on the LPGA of Korea Tour. In 2015, she came second at the Ricoh Women’s British Open, and in 2017 she became the champion of the LPGA KEB Hana Bank Championship.

With 21 professional wins, Jin Young Ko is an accomplished golfer with a bright future ahead of her. She wrote her name in the LPGA Tour record book, not once but twice on Sunday.

The tournament is designed to pay tribute to the LPGA founders and remember their contribution to the sport. The game debuted in 2011 at the Wildfire Golf Club at JW Marriott Phoenix Desert Ridge Resort and Spa in Phoenix, Arizona. It is usually held in October and hosted at the Mountain Ridge Country Club in West Caldwell, New Jersey. The typical format followed is stroke play, 72 holes. 2021 marked the tenth year of the event, where Jin Young Ko dominated.

On Sunday, October 10, South Korea’s Jin Young Ko authored a wire-to-wire victory at the Cognizant Founders Cup in New Jersey (West Caldwell). It marked her 14th consecutive round in the 60s that was previously matched by a 16-year record held by Swedish-golfer Annika Sorenstam in 2005.

Jin Young Ko is no stranger to scripting history. Her 5-under 66 lifted her to 18 under for a four-shot victory over Germany’s contestant Caroline Masson.

Even with steady rain and fog at Mountain Ridge, Jin Young Ko made it look easy as she emerged victorious against Caroline Masson. What’s more, Ko’s stellar performance went 114 straight holes without making a bogey or until she bogeyed No. 17. This has been the longest streak on record for the LPGA or PGA Tour. In fact, this even broke Tiger Woods’ record of 110-bogey free holes.

Jin Young Ko dominant performance at the Cognizant Founders Cup in New Jersey demonstrated months of hard work and practice. From the minute she walked into the golf course, she exuded confidence, and viewers knew she was going to win.

Ko told the reporters that even though a bogey-free round was her goal on Sunday morning when she stepped out on the course, she wasn’t necessarily concerned about the records in the play or the names attached to them. She said that unlike Tiger Woods or Annika Sorenstam, she just liked to focus on the game.

During several interviews, Jin Young Ko has mentioned that she thinks of golf as a game she loves and plays for fun. She likes to play by herself and have fun with the caddie and other players on the course. This is her mantra to success.

Jin Young Ko defended her title at the Cognizant Founders Cup, which she had previously won in 2019 at the Wildfire Golf Club in Phoenix. The 26-year-old World No.2 has won three tournaments in total in her last seven starts. This also marked her 10th career win on four, as she became the fifth Korean golfer to play double-digit post victories.

Annika Sorenstam won three of the four tournaments during the 14 straight rounds in the 60s stretch and was a runner-up in the other. While Caroline Masson posted the low round of the day, with a flawless 64 with seven birdies, and moved into second. Jin Young Ko won twice, was tied for sixth at another, and became a runner-up during her streak.

Elizabeth Sokol controlled a double bogey-bogey stretch on the four and fifth holes and finished third place at 11 under. 25-year-old Jeonguen Lee6 of South Korea and Yuka Saso of the Philippines tied for fourth at 10 under.

It should also be noted that Jin Young Ko joined Nelly Korda as the only three-time champion on the LGPA Tour of the season. Ko became the fifth South Korean with at least 10 victories (double-digit victories), however still well short of the record 25 held by 44-year-old Se Ri Park.

What’s next for Jin Young Ko?

If you are wondering what’s next for the golfer, you’re not the only one! After Jin Young Ko dominant performance at Cognizant Founders Cup, it’s time for her to take a short break and a trip home. She played straight for the last four weeks and is now looking forward to a well-deserved break.

However, she does plan to compete at the BMW Ladies Championship the following week in South Korea. It is going to be the only Asian event in the fall due to COVID-19 restrictions in place.

After receiving her champagne shower, Jin Young Ko said that she still has a chance to beat Annika Sorenstam, and she is going to try her best to do so.

The Cognizant Founders Cup 2021 was a much-awaited event. The tournament was last held in 2019 at the Wildfire Golf Club at Phoenix. The 2020 chapter had to be cancelled due to the pandemic. This year, they picked up a new title sponsor and shifted to the Donald Ross design in New Jersey.

Ko was able to defend her title, even though the back-to-back victories were delayed for a year. Cognizant also increased the prize fund money, making it the largest purse among LPGA events.

If you can’t hit a shot on the greens but love golf and want to be part of the action and its proceeding, we suggest you check out  NJ sports betting for some good odds and a safe site to place bets. And for future bets on golf tournaments- Jin Young Ko seems to safe bet for the near future!