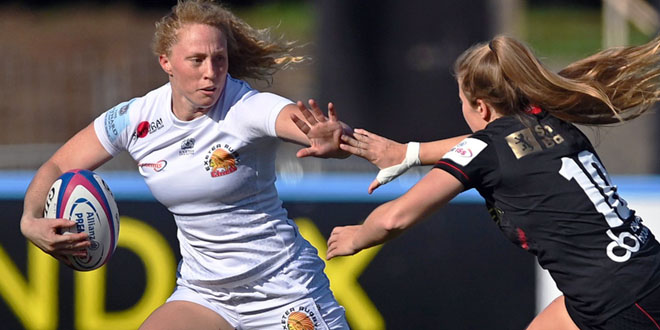 A record number of 12 England-based professionals highlight the USA squad for their upcoming November test series. The Women’s Eagles will play Canada twice at Infinity Park, on November 1 and 5, before departing for Dublin where they face Ireland on November 12. England will host the final match at Sixways in Worcester on November 21.

All four Exeter standouts get the call including Jennine Detiveaux (née Duncan) who has fully recovered from a serious hamstring injury that sidelined the winger for several months. Former Chiefs hooker Joanna Kitlinski is also named, along with four props now plying their trade overseas.

Five members of the USA Sevens side are selected though several others were not available, most notably No8 Jordan Matyas and outside back Meya Bizer. Also unable to tour were second rows Erica Jarrell and Stacey Bridges, scrumhalf Cassidy Bargell, and backs Emily Henrich, Mata Hingano, and Leti Hingano.