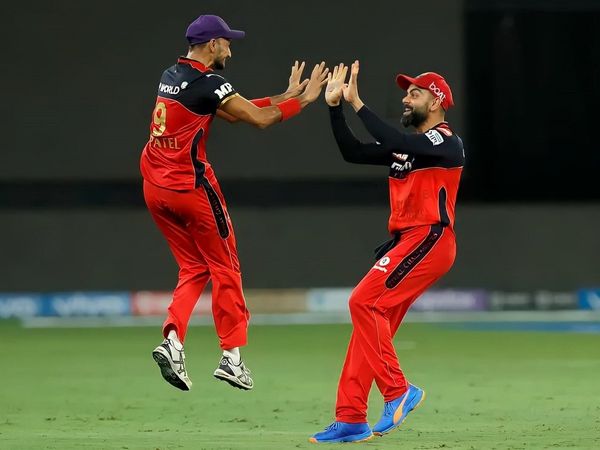 Virat Kohli might not captain Royal Challengers Bangalore (RCB) again in the Indian Premier League (IPL). Still, pacer Harshal Patel said Virat Kohli is “definitely a leader” irrespective of whether he is leading the side or not.

Virat Kohli’s captaincy era in the IPL came to an end on Monday as RCB suffered a four-wicket loss against Kolkata Knight Riders (KKR) in the Eliminator of IPL 2021 UAE leg.

Pacer Harshal Patel lavished praise on Virat Kohli and thanked him for his contributions to RCB over the years.

“Virat gives bowlers their space, lets you execute your plans. Grateful to him. I have learned a lot playing with him since 2012. In terms of his captaincy, there are captains, and there are leaders. He is definitely a leader,” said Harshal in the post-match press conference.

“Just because he won’t have the tag of captaincy anymore, it doesn’t make him any less of a leader. I just want to thank him for his contributions to the team and my growth and whenever he supported me when I was down,” he added.

Harshal Patel is the current Purple Cap holder with a record of 32 wickets in 15 games, although his campaign came to an end with RCB’s loss in IPL 2021 Eliminator to KKR. He averages 14.34 with the ball and is 9 wickets ahead of the next highest wicket-taker- Avesh Khan of Delhi Capitals, who has 23 wickets to his name.

However, according to some reports Harshal Patel, along with KKR all-rounder, Venkatesh Iyer and KKR paceman Shivam Mavi might be asked to stay back in UAE once the IPL 2021 ends on Friday (October 15) as cover for Team India, who might be forced to make a few changes for the T20 World Cup 2021.

Sunrisers Hyderabad paceman Umran Malik has already been named as a net bowler after an impressive stint in the IPL 2021 this year. Royal Challengers Bangalore’s Harshal Patel bagged his 32nd wicket of this IPL season when he removed Kolkata Knight Riders opener, Venkatesh Iyer, in the Eliminator on Monday. Royal Challengers Bangalore’s Harshal Patel now holds the record for joint-most wickets in an IPL season with Dwayne Bravo.

Under Virat Kohli, RCB had reached the finals of IPL in 2016, and it was in the same edition, Virat Kohli registered the most number of runs by a batsman in a single season. However, after that, RCB found the going tough, and the side failed to reach the playoffs in three consecutive years, and the jinx was finally broken in 2020. In the 140 matches he captained in IPL, Virat Kohli won 66 and lost 70, while four were no results.