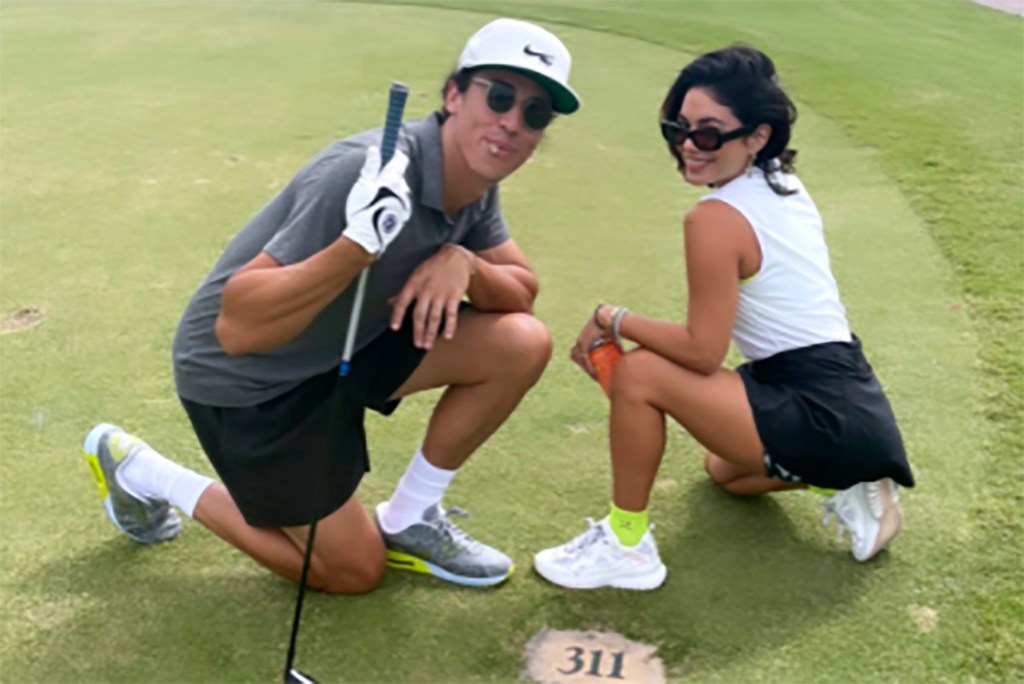 The couple enjoyed a romantic day at the golf course on Tuesday, snapping pictures for social media and listening to music on the course.

Hudgens posed for a photo with her MLB boyfriend that she and Tucker both shared on their Instagram stories. The 32-year-old actress also posted a video of Tucker in action on the course. Hudgens gushed over her boyfriend’s skills, writing “@cotuck eatin” while the baseball player takes a swing.

Cole Tucker and Vanessa Hudgens on the golf course on Oct. 5, 2021.Instagram

Hudgens was previously rumored to be dating the Wizards’ Kyle Kuzma during his time with the Lakers. The pair were spotted at dinner shortly after her breakup with actor Austin Butler. Hudgens attended a handful of Kuzma’s games with the Lakers before he started dating Winnie Harlow.

Hudgens met her current 25-year-old beau on Zoom in 2020 during an online meditation group. Hudgens made things Instagram official with Tucker on Valentine’s Day with a romantic post.

Hudgens has been a vocal supporter of Tucker’s baseball career, attending games and cheering for him on social media. Pittsburgh Pirates fans joked that having his celebrity girlfriend at games has improved Tucker’s performance on the field.