Erasmus and his lawyers’ shock request to World Rugby over... 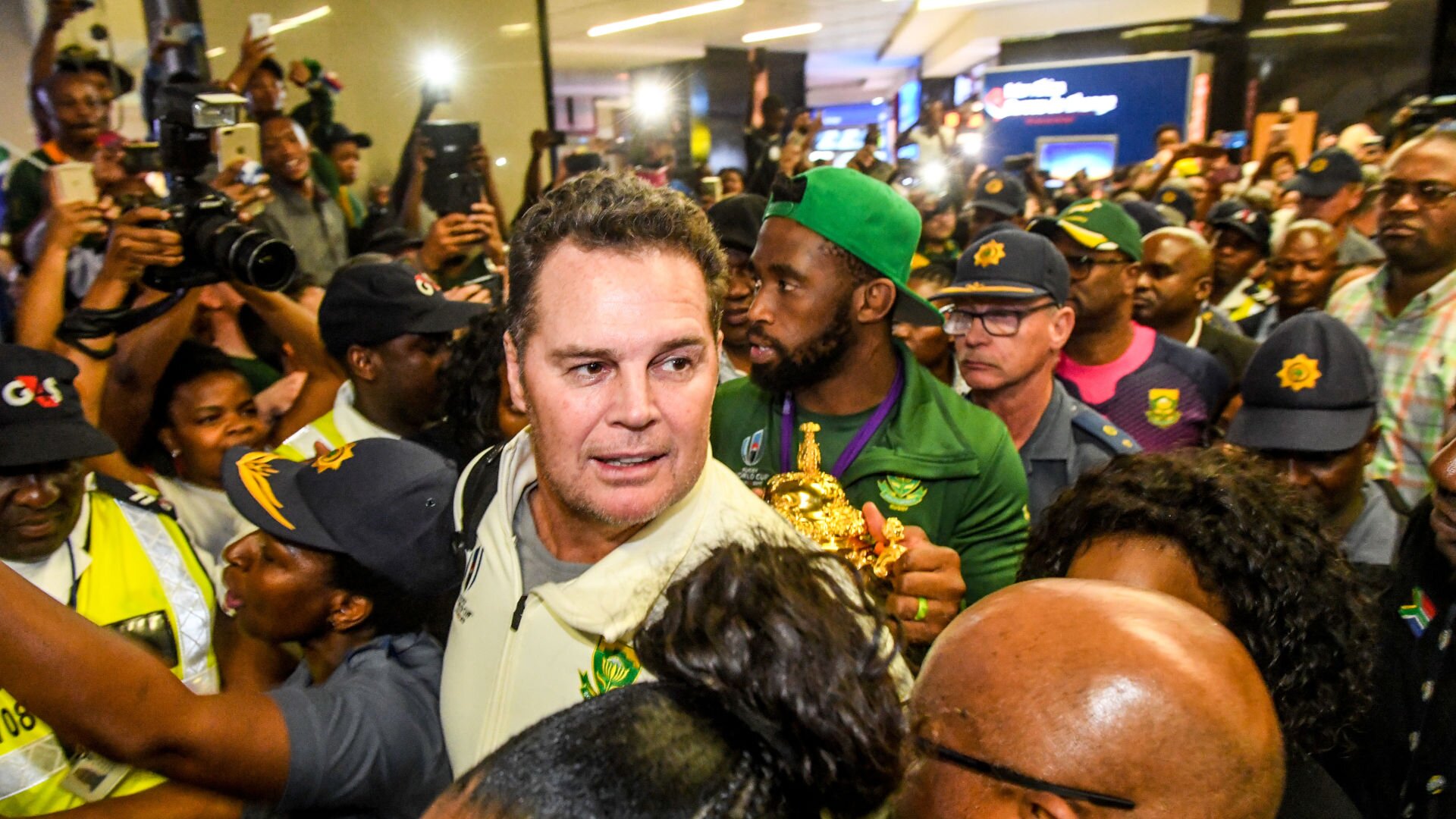 Springboks Director of Rugby Rassie Erasmus and his legal council want World Rugby to make his misconduct hearing open to the public, a request the governing body have refused.

It’s the latest twist in the now long-running saga between the outspoken DoR and World Rugby, a dispute that kicked off after the Erasmus made a 62-minute long video detailing the refereeing failings of Nic Berry and his officials during the first British & Irish Lions Test in Cape Town in July.

Erasmus claimed he and his team were unable to air their grievances with Berry following the game.

Earlier this week World Rugby confirmed that the Rassie Erasmus and SA Rugby misconduct hearing will take place over the weekend of 30-31 October, three months on from the release of the now notorious video on social media.

It is expected that Erasmus’ defence will argue that the DoR did not release the video into the public sphere, among other defences to the charge.

A World Rugby statement this week clarified: “Following the provision of detailed written submissions and evidence from Mr Erasmus, SA Rugby and World Rugby, a request was received from SA Rugby and Mr Erasmus for an oral hearing, which has been granted.”

As is the norm in such cases, the disciplinary committee will publish a full written decision following the completion of the entire proceedings.

However, Erasmus’s lawyer, Frikkie Erasmus told Afrikaans newspaper Rapport they want the hearing to be made available to the public and not doing so creates needless ‘secrecy’.

‘The allegations against Rassie are unfounded and the facts will be revealed during the hearing,” Frikkie Erasmus told Rapport. “It is therefore in the interest of justice to have a transparent hearing. There is no justification for any secrecy.”

Rassie wrote earlier this week on Twitter: “So lekka! This is what we all deserve, players, coaches, supporters and referees: just to get an opportunity to tell the truth without an option of hiding anything! That’s all! Then anyone can make an informed decision on facts! The way it should be!”

So lekka !! This is what we all deserve, players ,coaches , supporters and referees: just to get an opportunity to tell the truth without an option of hiding anything!! Thats all!! Then anyone can make and informed decision on facts !! The way it should be!!

Erasmus faces a Regulation 19 charge over the content of the video. World Rugby – who expected to come down hard on Erasmus should he be found guilty – wrote when the charges were brought that: “Match officials are the backbone of the sport, and without them there is no game. World Rugby condemns any public criticism of their selection, performance or integrity which undermines their role, the well-established and trust-based coach-officials feedback process, and more importantly, the values that are at the heart of the sport.

“Having conducted a full review of all the available information, World Rugby is concerned that individuals from both teams have commented on the selection and/or performance of match officials.

“However, the extensive and direct nature of the comments made by Rassie Erasmus within a video address, in particular, meets the threshold to be considered a breach of World Rugby Regulation 18 (Misconduct and Code of Conduct) and will now be considered by an independent disciplinary panel.”

Join RugbyPass+ now and be a part of the conversation with all-new commenting!