Murray recovers from a set down to defeat ‘future world... 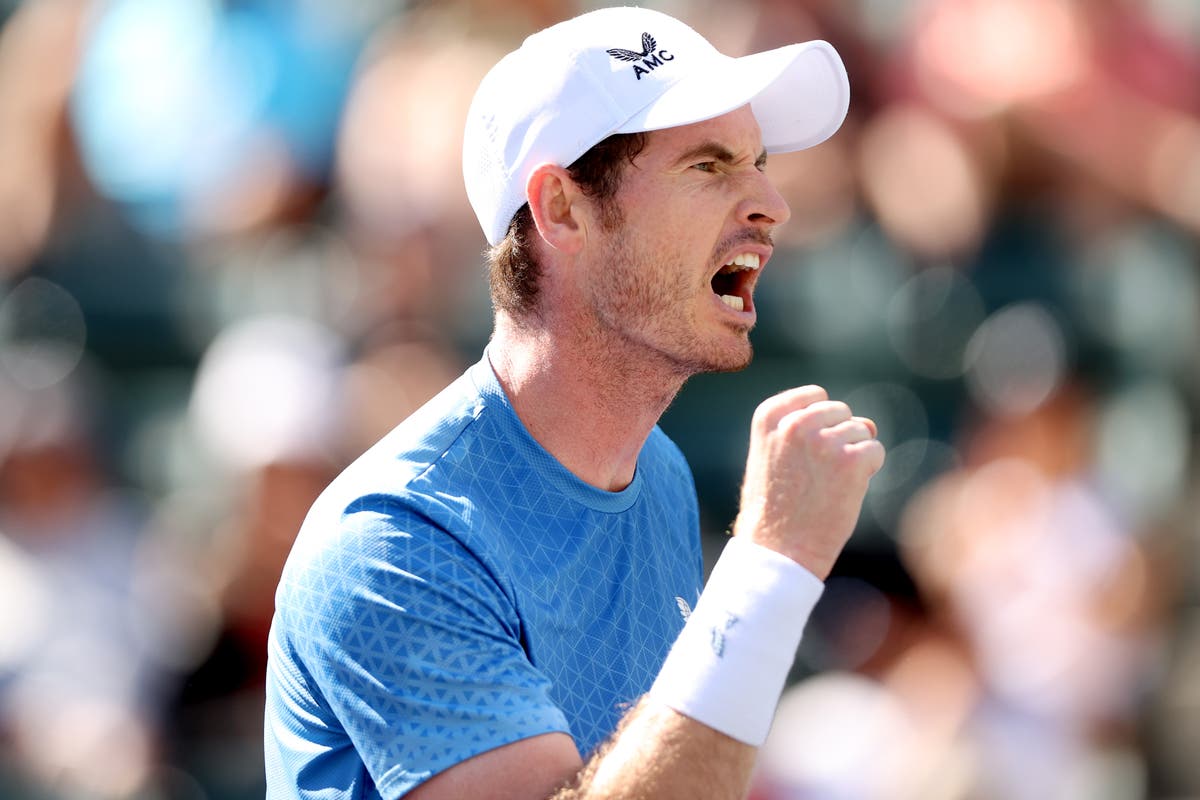 ndy Murray produced arguably his best performance since hip surgery to come back from a set down to defeat Carlos Alcaraz, a player he has tipped as a future No1.

Murray recovered from losing an opening set he perhaps should have won having had a set point on the Spanish teenager’s serve to take a 5-7, 6-3, 6-2 victory.

It sets up a third-round meeting in Indian Wells with No2 seed and Olympic champion Alexander Zverev on Tuesday night.

Murray used all his guile and experience to unsettle Alcaraz’s rhythm throughout the match, even successfully employing an underarm serve in the second set.

It was the first time Murray had used an underarm serve in a Tour-level match – and it resulted in an ace.

Explaining why he tried it, Murray said: “He started returning from further back so it was even harder to get free points on the serve. I thought if he’s going to stand that far back and I’m getting no love from the court and the conditions why not try it and see if I can bring him forward a little bit again. I wasn’t expecting obviously to get an ace out of it.”

Murray, ranked 121st in the world going into the ATP 1000 event, got off to an ideal start against 30th seed Alcaraz, playing in his first tournament since reaching the quarter-finals of the US Open, as the Briton opened up a 3-0 lead.

But Alcaraz fought back to take the opening set and twice had opportunities to break the Murray serve in the second.

But the former world No1 held firm to level the match and then break twice in the deciding set for an impressive win.

“It was a brilliant atmosphere and I enjoyed it – that’s why I’m still playing,” said Murray after a match which was played out in 31C heat.

“It was a brutal match, really tough conditions. The way I fought after losing the first set was great because I feel I should have won that first set. I created lots of chances but didn’t take them. It would have been easy to let that slip but I kept fighting and finished well.

“He’s obviously got so much potential, so much firepower and, in these conditions, it’s not easy to finish points off quickly. But he’s able to because he has so much pace from the back of the court so I had to fight extremely hard, coming back from a set down.

“I felt like in the second set he played much better. First set, I felt like I had more of the opportunities but didn’t get it so, yeah, happy with the way I fought. He’s a top-drawer young player.”