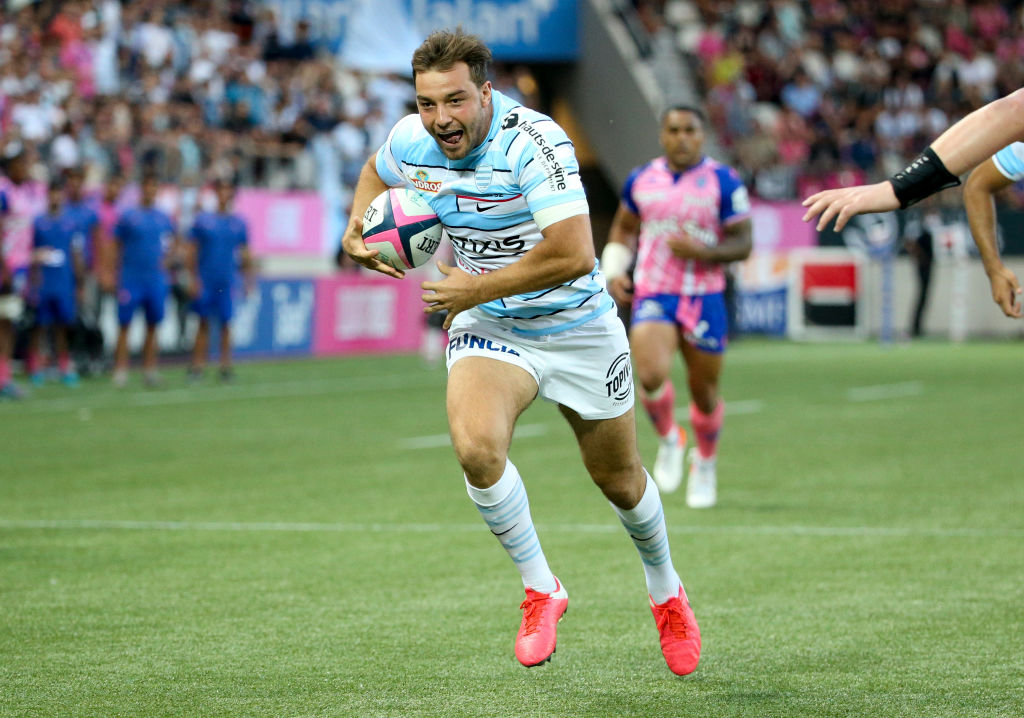 In the first of a new series, Sam Larner breaks down Olivier Klemenczak’s score in a Top 14 derby

In a new series, Rugby World will talk to those involved in big moments in matches to find out the detail involved – the hows and the whys.

To kick things off, this month we talked to Racing 92 attack coach Mike Prendergast about a try scored in their victory over cross-city rivals Stade Francais in the opening round of the Top 14.

Olivier Klemenczak crossed to finish a length-of-the-field move that came from a turnover at the lineout.

Prendergast had three main takeaways from that fantastic try – attacking off a turnover, being clinical in attack and managing risk.

It’s a derby victory for Racing!

And they sealed it in style with this Olivier Klemenczak try pic.twitter.com/kahQ97uNjs

Attacking from a Turnover

Imagine the perfect defensive set-up: defenders in a flat line with your forwards closer to the ruck and your quicker backs further away. Give any elite team time and they get into that set-up.

Turnover ball is such a good platform to attack from because the opposition are as far removed from that as they could be. Most coaches want their teams to move the ball two passes after a turnover. This takes the ball away from the defensive strength. That is what Racing 92 also aim to do.

“Our mentality is that turnover ball is one of the best balls to play off,” says Prendergast. “From a turnover, especially a set-piece turnover, we want to move the ball wide. All of the forwards will be tied in one place, so we want to get the ball to the edges.”

When you do move the ball to the edges you also move it away from your larger forwards. This could leave you isolated unless the rest of your team work hard to follow the ball.

“When we have that turnover, I want our blindside winger and full-back to get on their bikes to offer another set of hands and another threat. One of the best players at doing this was Israel Dagg. He was fantastic at getting into the line and adding another attacker.

“Getting to the other side of the pitch and offering yourself as another threat is something that is just about work-rate. Juan Imhoff did a great job of having the instinct to get into the line and taking the first pass from our scrum-half, Nolann Le Garrec. Then it’s a wonderful bit of individual skill from Ben Volavola to get the ball wide out the back of the hand.”

Going to make a prediction: this will be one of the tries of the week – from Volavola’s reverse pass in his own 22 to Taofifenua’s break to Beale’s support and his inside pass to Klemenczak, it was elite-level stuff https://t.co/Z2CvYqPkDe

Moving the ball wide and working to follow it are basic starting points but, if you want to score more tries you need to be clinical when the ball is moved to the edges.

The key element of a clinical attack is taking advantage of overlaps, attacking space and having players who want to get two touches of the ball in one attacking move. Those three keys create options for ball-carriers and overwhelm defences.

“Just a couple of weeks ago, I was showing the lads some clips of the All Blacks in the 15m channel and how ruthless they are there with their 3v2s and 2v1s. The attack controls those situations.

“When Olivier Klemenczak receives that ball the first thing he does is carry the ball in two hands. Their full-back, Kylan Hamdaoui, is then caught in two minds because he doesn’t know if Olivier is carrying or passing.

“We have an expression here, which is ‘feed the space’. We want our players to fix that player and then feed to the numbers we have on the outside. Donovan Taofifenua attacks the space.

“We have another expression: ‘spaces not faces’. We want to run to where the space is not towards the defenders. He cuts back in and then after that it’s just a huge work-rate from three or four players.

“If you look at Imhoff, he caught that ball from Le Garrec and he is now the first player there in support for Taofifenua. Here we give licence to wingers, especially off turnover ball, to go and get involved in the attack.

“It is really smart play from Kurtley Beale as well. He realised that he wasn’t going to score there. A lot of players would go for that and would get bundled into touch or attempt an offload and knock on, but Beale just stopped and fed Olivier on the inside.

“The try looked like a bit of French flair when you look at it but it was actually a lot of stuff that we work on: get it to the edge from turnover ball, then everyone staying alive. Imhoff doesn’t get the ball again but by being in support he is creating confusion to defenders by being another threat.

“Klemenczak gets two touches on the ball in this phase and that is hugely important. Staying alive in attack to get a second touch gives you a better chance of receiving the ball from a pass but if an attacker is tackled you are there instead to secure the ball in the breakdown. Staying alive after you have been involved is something we really focus on.”

Most fans will judge a decision based on the outcome. A long miss pass that results in a try would be a good decision, but a bad decision if it was intercepted.

For Prendergast, this is different. He judges a decision on the decision alone and not the outcome. That consistency is key for coaches at any level. If you coach according to outcome, then you will have players who are scared of making mistakes.

“A lot of teams these days will play a 1-3-3-1 (with two forwards holding width on the outside). That means that when the wingers go infield you would expect your wide forward to stay in that 5m channel. If you watch us, we score a lot of tries from short kicks where our back-rows on the edge have caught those kicks.

“That’s not through chance, that’s the system we use. We let our wingers leave their wing and come infield knowing that a wide forward is there as cover and as an attacking option.

“We play according to the context of the game: the scoreline, the clock, whether we have an advantage and the conditions. That dictates how we play and what risks we take. Our players have exceptional skill-sets and you don’t want to constrain them but you do want them to be aware of the context of the game.

“I’m not the type of coach where I would stand up and cheer if that Volavola pass works or throw my hands around if it goes to ground, you have to be consistent in your messaging. If we were one point ahead at the same time in the game and Ben threw that pass, even if it worked, then it is something I would address. I would explain that, at that point in the game, we want to be going through one more phase and maybe setting up the kick.”

Racing 92 and Mike Prendergast might have access to some of the best rugby players in the world, but the principles explained here are applicable to all clubs at all levels.