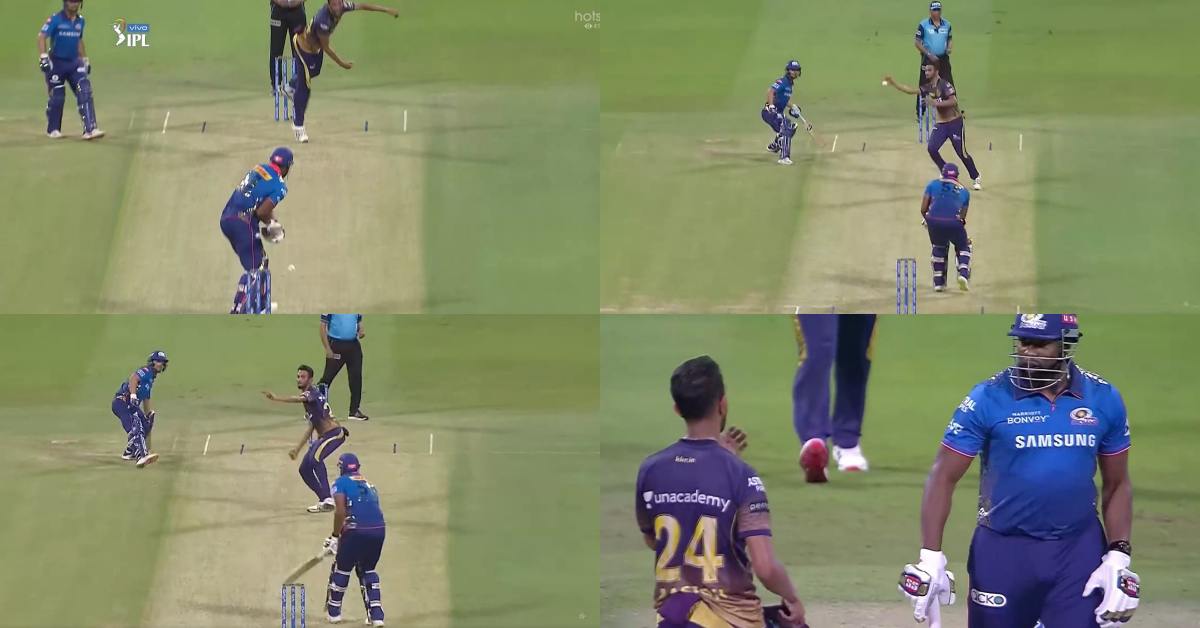 The incident happened after the last ball of the 15th over of MI’s innings, bowled by Krishna. Kieron Pollard, who came in to bat at number 5 after Quinton de Kock’s wicket, defended a full-length delivery back to Krishna, who failed to grab the ball but for some reason continued to run towards the batsman with his hand up.

Kieron Pollard was unimpressed with that act of the young pacer and let him know it when they turned. The big West Indian had some serious words from Krishna when both got into each other’s face.

Kieron Pollard then managed to get one up Krishan as he smacked the seamer for a six and a four in the 18th over.

Eoin Morgan won the toss and elected to bowl first and started off with 4 overs of spin. The returning Rohit Sharma and his opening partner Quinton de Kock were cautious in the first couple of those overs before Sharma showed intent with attacking shots.

He hit a flurry of boundaries to go past 20 before de Kock launched three sixes off Lockie Ferguson and Prasidh Krishna to cap off a 56-run powerplay.

Rohit Sharma and Quinton de Kock [Image-IPLT20]MI lost Rohit in the 10th over for 33 followed by Suryakumar Yadav in the 13th over. De Kock, on the other end, ticked the scoreboard and raised his second half-century of the season before falling to a slower delivery from Krishna for a 42-ball 55. Ishan Kishan fell to the high pace of Ferguson and MI’s innings stumbled.