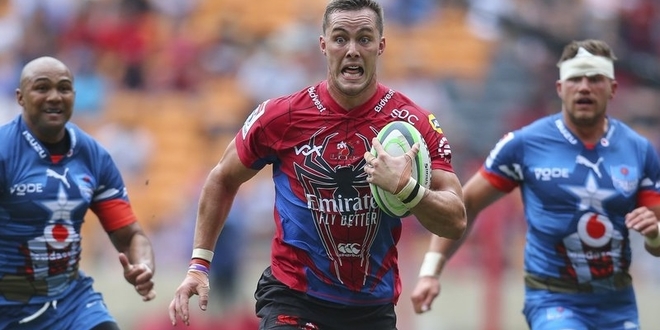 The Seattle Seawolves have confirmed their first new signing for the 2022 Major League Rugby season. Dan Kriel arrives from South Africa on a three-year contract that runs through the end of the 2024 campaign. The 27-year-old inside center is the twin brother of Springbok Jesse Kriel.

A physically imposing ball runner at 6’4″ (1.93m) and nearly 230lbs (104kg), Kriel also brings heaps of experience to the Seawolves midfield. After representing South Africa at u20 level he made his Currie Cup debut with the Blue Bulls in 2015 and then jumped to Super Rugby in 2016.

In 2017 Kriel made the move to Western Province and the Stormers, where he stayed until joining the Lions for the 2020 Super Rugby campaign. Earlier this year he played three matches in the Rainbow Cup and most recently played seven games in the Currie Cup.

Seattle will have impressive midfield options in 2022 with the return of vice-captain Ross Neal and the addition of newly-capped USA international Tavite Lopeti. Meanwhile Kriel should feel right at home with the presence of fellow South Africans Rhyno Herbst, Riekert Hattingh, and JP Smith.

Final rosters for the first ever World Sevens Series event in Edmonton have been confirmed. …