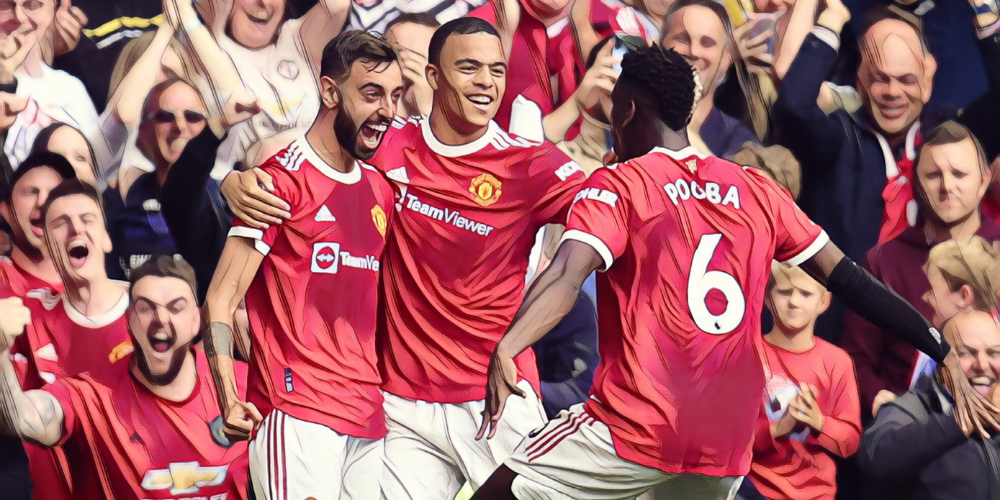 Manchester United remain optimistic of a contract extension being agreed with Bruno Fernandes, although are still waiting for a decision to be made by Paul Pogba.

Both men are arguably two of United’s most important players at present and have started the season in fine fashion, with Pogba registering seven assists in just six Premier League games, while teammate Fernandes has already hit four goals in the league thus far, including an opening day hat-trick against Leeds United.

The Portuguese star did miss a stoppage-time penalty against Aston Villa on Saturday, yet that was one rare disappointing moment for a player who has been so impressive since his switch from Sporting Lisbon in January 2020, the playmaker having netted 30 goals in just 57 league games to-date.

Pogba, on the other hand, has shown flashes of his quality at times and has appeared to blossom in his new left-wing berth, although he remains a polarising figure among the Red Devils fanbase for his lack of consistency as well as for the actions of his notorious agent, Mino Raiola.

The Italian ‘super agent’ has irked both the club and supporters in recent years by frequently insisting that his client wishes to leave the club, most notably doing so on the eve of a pivotal Champions League clash with RB Leipzig last season.

With less than 12 months’ remaining on the World Cup winner’s contract, the speculation continues as to just where his future lies, with Fabrizio Romano insisting that United are still waiting for the midfielder to make a decision on a new deal, although they are more optimistic of an extension being struck with teammate Fernandes.

Pogba had been linked with a switch to Paris Saint-Germain last summer, prior to their move for Lionel Messi, yet is likely to have even more suitors in the coming months, with foreign sides having the option to open talks over a pre-contract agreement with the player from January.

The former Juventus man has long been linked with a return to Turin, something which Raiola has teased in recent weeks, while a potential move to Real Madrid is also on the cards, with the two cash-strapped sides keen on securing his services on a free.

Recent reports had suggested that Pogba had been impressed by United’s transfer activity, including the arrival of compatriot Raphael Varane and the return of Cristiano Ronaldo, with that potentially a factor in helping to commit to a new deal.

As for Fernandes, the report outlines that talks over a new contract began in July with the club desperate to retain his services in the long-term, such has been his impact both on the pitch, but also in the dressing room.

Unlike Pogba, there is less of a rush to get the deal done with his contract not set to expire until 2025, although Ole Gunnar Solskjaer and co are keen to reward their talisman and ensure that he remains at Old Trafford for the foreseeable future.

Read – A tribute to Jimmy Greaves, England’s greatest ever goal-scorer