Leinster v Bulls live stream: How to watch the match... 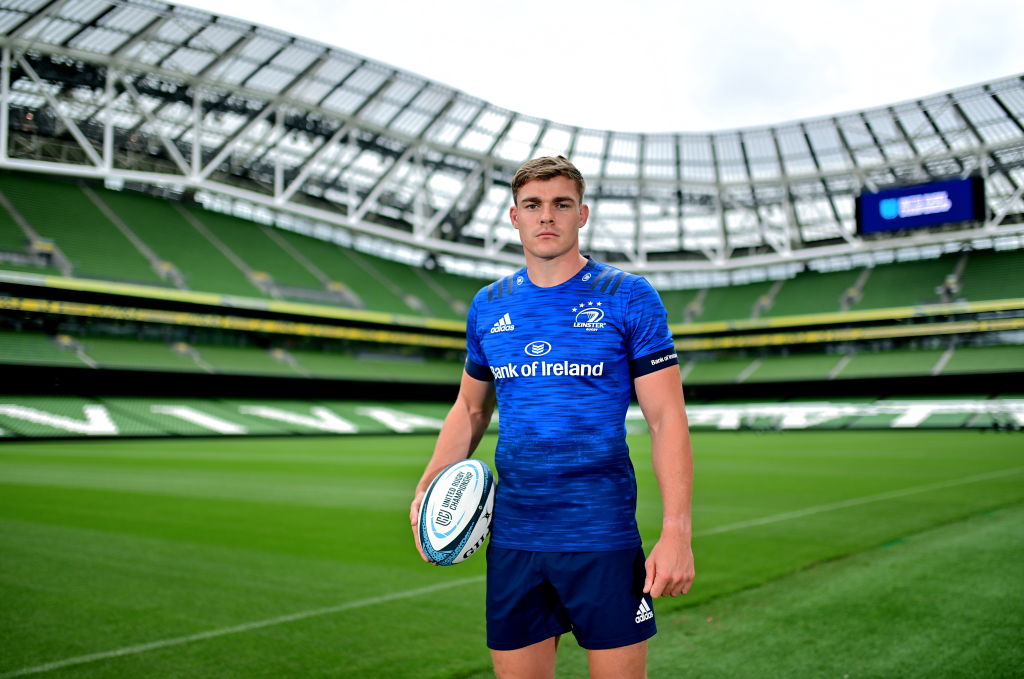 It’s the first round of the new-look United Rugby Championship this weekend – and there’s a cracking game in store this Saturday evening.

Leinster, who have won four successive Pro14 titles, are taking on South Africa’s Currie Cup champions, the Bulls, at the Aviva Stadium in Dublin.

Hugo Keenan is looking forward to seeing the fans on Saturday for our opening game v the Vodacom Bulls. ️

There are internationals scattered throughout both teams, with two experienced heads guiding the team from fly-half – Johnny Sexton in the Leinster No 10 shirt and Johan Goosen his opposite number – as well as livewires like James Lowe and Cornal Hendricks on the wings.

The back-row battle should be fascinating and physical. Marcell Coetzee leads the Bulls having returned to South Africa from Ulster and has former Springbok Arno Botha and rising star Elrigh Louw alongside him in the back row, while Leinster are fielding an all-Ireland trio of Rhys Ruddock, Josh van der Flier and Caelan Doris.

This is how the two teams line up and below we explain how to find a reliable Leinster v Bulls (kick-off 5.15pm) live stream.

Leinster v Bulls live stream: How to watch from the UK & Ireland

Premier Sports is the only place you can watch all of this season’s United Rugby Championship matches live in the UK and Ireland, and Leinster v Bulls will be live on Premier Sports 1 from 5pm.

The good news for those in Ireland is that this game will also be available on free-to-air Irish language channel TG4, with coverage starting at 4.50pm.

If you’re from the UK or Ireland but are overseas when there’s a particular match you want to watch, you can get your normal live stream but you’ll need a VPN – Virtual Private Network. Check out Express VPN.

SuperSport is the place to go to watch this match in South Africa. Coverage of Leinster v Bulls will start at 4.10pm on SuperSport’s CSN and Rugby channels.

There are various DStv packages available that give access to SuperSport, ranging from Access, which has the Blitz and Variety 4 channels, to Premium, which includes all 18 sports channels.

Leinster v Bulls live stream: How to watch from anywhere else in the world

Outside of the key broadcast territories, this season fans around the world can watch all 151 matches on URC TV, including Leinster v Bulls

The streaming service, launched by RTÉ and URC, allows supporters to watch every match live or on-demand, whether you want a Season Pass or just to watch this match.

We recommend VPN services in the context of legal recreational uses. For example:

We do not support or condone the illegal or malicious use of VPN services. Consuming pirated content that is paid-for is neither endorsed nor approved by Future Publishing.