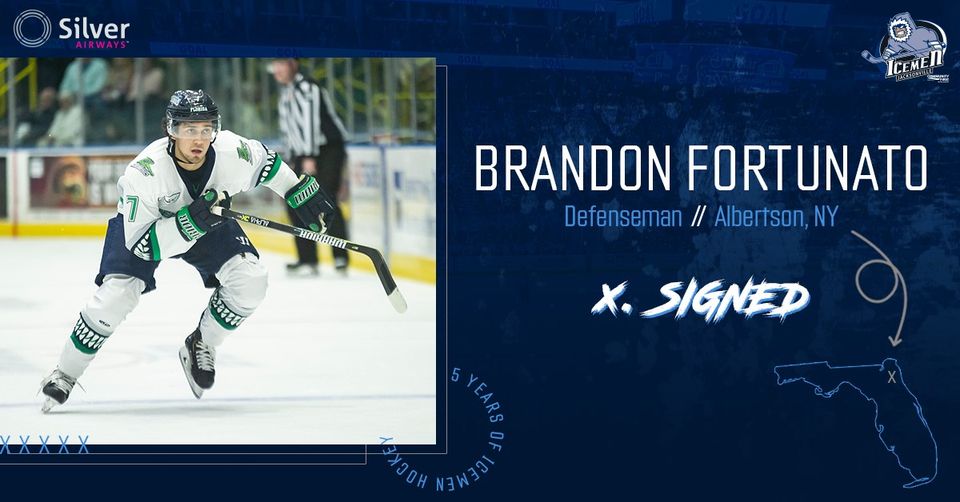 JACKSONVILLE, FLA – The Jacksonville Icemen, proud ECHL affiliate of the NHL’s New York Rangers and the AHL’s Hartford Wolf Pack announced today that the team has agreed to terms with defenseman Brandon Fortunato.

Fortunato, 25, joins the Icemen after appearing in 13 American Hockey League appearances split between the Belleville Senators and Cleveland Monsters last season. During the 2019-20 season, the 5-11, 170-pound blueliner recorded 21 points (2 goals, 19 assists) in 48 games played with the Florida Everblades (ECHL).

“Brandon is a smooth, puck-moving defenseman, who will play a major role on our team this year,” Icemen Head Coach Nick Luukko said. “Brandon is extremely passionate and hungry to prove himself this season. As a staff, we think he is going to turn a lot of heads this season.”

The Icemen’s home opener for their 2021-2022 All-Star Season is set for November 6th against the South Carolina Stingrays.