In a sporting summer that crammed in the Olympics, Euro 2020 and a British & Irish Lions tour, perhaps the exhilarating climax to last season’s Premiership was a little overlooked. Harlequins recovered from 28-0 down against Bristol to win their semi-final, rolling on to dethrone Exeter in the final with a decisive late try and another stunning exhibition of hot-stepping and offloading.

Champions for the first time since 2012, Quins were crowned the comeback kings and not just in the play-offs: the head of rugby, Paul Gustard, had left in January with the team desperately short of form and confidence, with widespread rumblings of player dissatisfaction at his structured approach.

Gustard was not directly replaced and the results were spectacular as Quins released the handbrake and committed to a thrilling attacking style. The Australian Billy Millard, who took the reins temporarily in January, now becomes the club’s director of rugby performance, with the New Zealander Tabai Matson, who coached at Bath for a season in 2016-17, recruited as lead coach.

The back-to-school excitement of a new campaign brings a fresh challenge, and fresh questions: can Harlequins write that difficult second album, and offload their way to another title?

The 48-year-old Matson, who has also coached Canterbury, Crusaders and Fiji, finds himself in a slightly curious position, taking charge of a “junior” coaching group that delivered the Premiership. 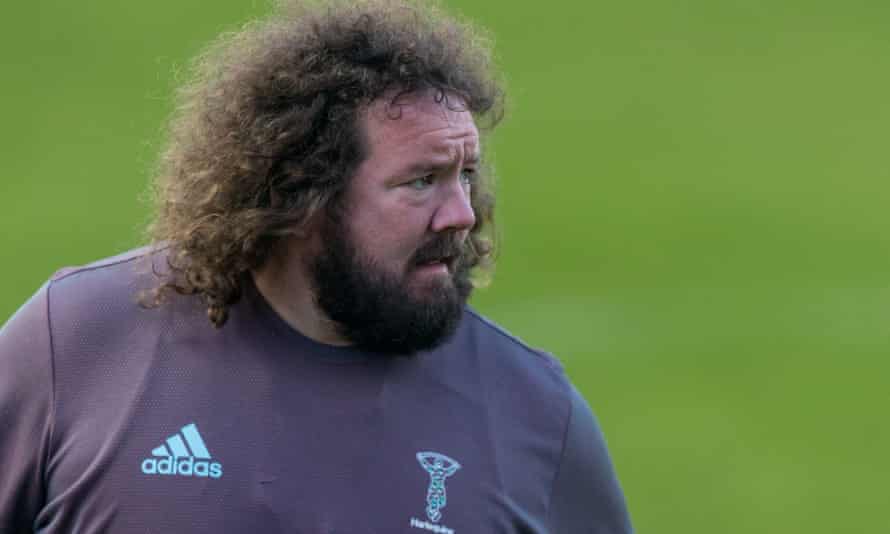 Harlequins’ scrum coach Adam Jones says: ‘It’s realising where you are, and realising how hard you have to work to stay there.’ Photograph: Bob Bradford/CameraSport/Getty Images

With characters such as the scrum coach, Adam Jones, and the former Ireland hooker Jerry Flannery (lineout and defence coach) on the staff, and the club’s record points-scorer, Nick Evans, devising the attacking plays, Quins struck the perfect balance between forward steel and running rugby in the second half of last season.

The players aren’t bad, either: the back division is marshalled by the seasoned scrum-half Danny Care alongside the abundantly talented 22-year-old fly-half Marcus Smith, whose form last season brought a late Lions call. The 20-year-old Louis Lynagh scored twice in that stirring Twickenham final. In the pack, the prop Joe Marler and No 8 Alex Dombrandt leap out from the squad list just as they charge into contact on the field.

A club that over the years established a reputation for flashiness, flamboyance and occasional flakiness have developed into something more durable and Jones believes the squad that dazzled last season can repeat the trick. “I’m not comparing us to the Chicago Bulls when [Michael] Jordan was there, but you kind of knew what they were going to do,” he says. 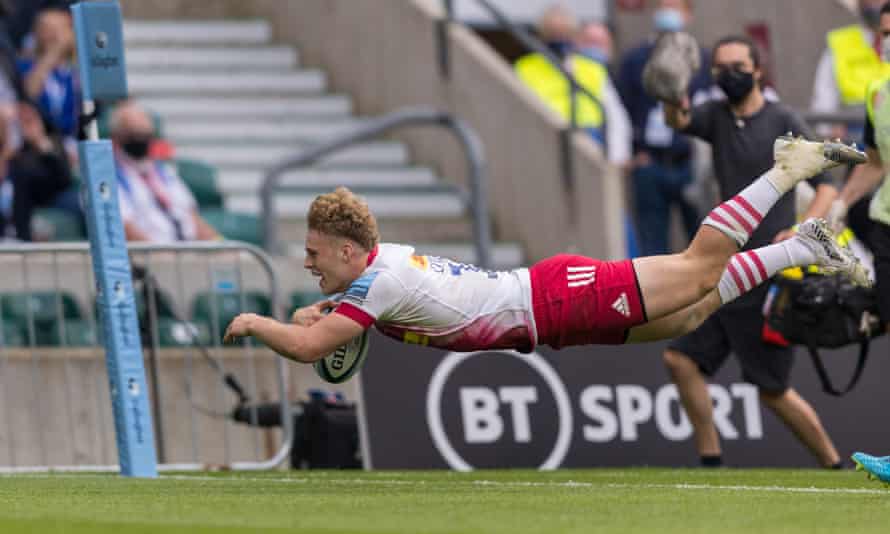 “In rugby, with South Africa; you know what they’re going to do … [opponents have to] stop it. You know how we’re going to attack, but you’ve got to stop it.”

The former Wales and Lions prop, who finished his playing career at the Stoop, is clear risk-taking will continue to be encouraged. “The beauty with us is, we’ll offload, there’ll be a 50-50 pass on, but we train for that. It comes natural to some of the players, but we train it. Nick Evans is a massive factor in that, tapping back into the [Quins] DNA. I guess a lot of people see it as a fluke, the season, how we did it but certainly the way we train, it wasn’t a surprise to us.”

Jones is also confident with the senior figures among the playing and coaching staff, there will be no risk of complacency. “When we won a grand slam we’d always kind of rest on our laurels and have a pretty average season,” Jones candidly says of his days in the Six Nations with Wales. “So the boys are determined to work harder.

“I don’t think it’s rocket science. It’s realising where you are, and realising how hard you have to work to stay there.”

The Breakdown: sign up and get our weekly rugby union email.

The long-serving full-back Mike Brown made a high-profile and acrimonious departure last season. Fate has determined Quins will travel to Brown’s new club, Newcastle, next Sunday to kick off their title defence. Tyrone Green, the young South African full-back who was man of the match in June’s semi-final, says: “Browny’s been a legend of the club … [his departure] is something we were unhappy about, but now he’s become opposition, we look at it from a different perspective. It’s going to be a bit awkward, but once we get on the field, it’s blocking out all other aspects and going full out.”

Will Harlequins be capable of winning back-to-back Premierships with Matson at the controls? It would be foolish to predict anything, but it is going to be a lot of fun finding out.