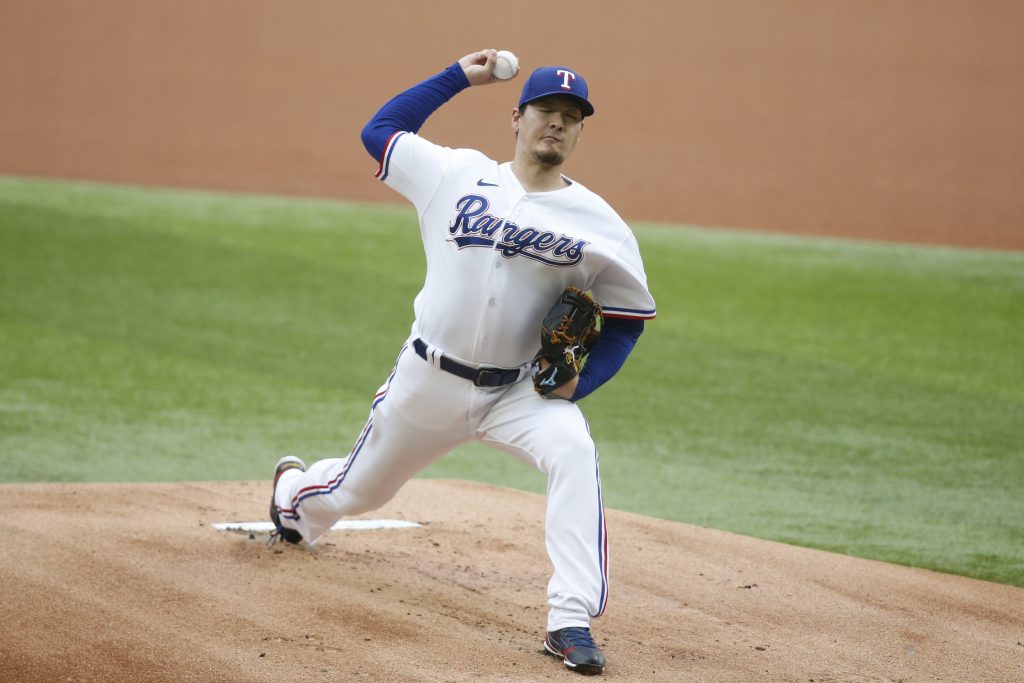 The Rangers announced that right-hander Kohei Arihara has been designated for assignment.  The move opens up a roster spot for Mike Foltynewicz, who returns to action after being reinstated from the COVID-related injury list.

Arihara was the Rangers’ biggest free agent expenditure of the 2020-21 offseason, as Texas spent a total of $7.44MM to obtain the righty on a two-year contract.  $1.24MM of that money went towards a posting fee to the Hokkaido Nippon-Ham Fighters (Arihara’s NPB club), while Arihara himself received $6.2MM in salary — $3.6MM this season, and $2.4MM in 2022.

Now, it all looks like something of a sunk cost for the Rangers, since it seems quite unlikely that another team would absorb that cost by claiming Arihara off waivers.  If Arihara signed elsewhere on a minor league contract, a new team would only owe him the prorated portion of a minimum salary, leaving Texas on the hook for the rest of the money.

The 29-year-old Arihara began his MLB career in impressive fashion, posting a 2.21 ERA over his first four starts and 20 1/3 innings.  He struggled badly over his next three starts, however, due to what was eventually revealed as the development of an aneurysm in his throwing shoulder.  Arihara underwent surgery to remove that aneurysm in May and didn’t return to the Rangers until September, with a 6.75 ERA coming in Arihara’s 12 post-surgery innings.

Given Arihara’s injury problems and the small sample size, it is hard to really evaluate his first MLB campaign.  He had only a 13.5% strikeout rate, though he wasn’t a big strikeout pitcher even in his prime years in Japan.  The righty’s 7.3% walk rate was also somewhat similar to his NPB numbers, but Arihara’s biggest issue was the home run ball.  Arihara has given up 11 home runs over his 40 2/3 frames in the Show; for comparison’s sake, he gave up 89 homers over 836 innings with the Fighters.

While Arihara could clear waivers and accept an outright assignment to the Rangers’ farm system, today’s move could also very well spell the end of his time with the organization.  Despite Arihara’s struggles, he did attract attention from such teams as the Padres and Red Sox last winter.  Considering that Texas would be footing the bill, it wouldn’t be surprising to see either San Diego or Boston take a flier on Arihara on a minors deal.

Foltynewicz returns after just short of a month on the COVID-IL.  The right-hander was also an offseason addition, joining the Rangers on a one-year, $2MM free agent deal and then delivering a 5.54 ERA over 130 innings.  Foltynewicz’s 6.0% walk rate is a career best, though his 16.5% strikeout rate is a career worst and most of his Statcast numbers are decidedly below average.