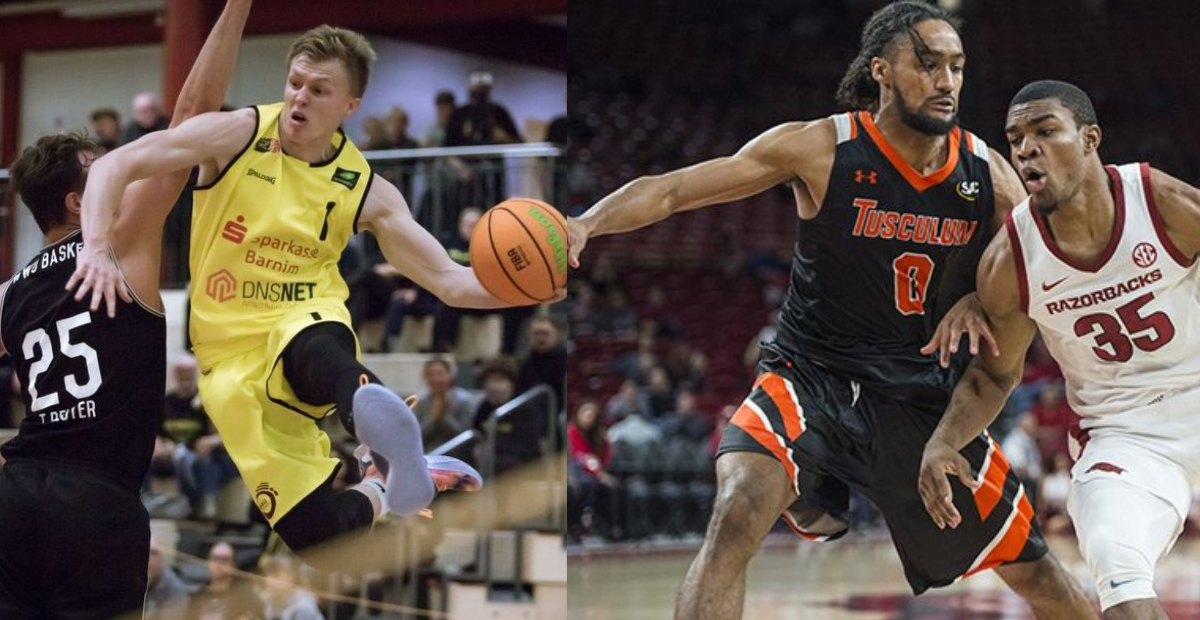 Plymouth City Patriots have announced two British signings to their roster ahead of the 2021/22 season. Guard Liam Carpenter and Forward Cameron King both join the Patriots following spells in Europe.

Carpenter has spent the last 4 seasons playing in Germany where most recently is played with 3rd tier side Bernau averaging 9.7 PPG and 3.3 APG while eagle-eyed British basketball fans
will know him from his time with Reading Rockets NBL 1 and EABL side Henley where he averaged 19.4 PPG shooting nearly 50% FG.

Carpenter said: “I am very excited to be back in the UK and to be part of the new franchise here in Plymouth. I’m looking forward to bringing great energy and experience that I have gained playing in Germany. I think it’s going to be an exciting season and I can’t wait to get started.”

King was part of the EABL program at Preston’s College followed by 2 years at Navarro junior college and 2 years at NCAA side Tusculum before spending his rookie season with Spanish team Quintanar averaging 8.3 PPG and 12 RPG

King added: ” After playing abroad for the past couple of years, I’m looking forward to joining a new franchise on home turf and I’m excited to see what this next chapter holds for both me and the team!”

Speaking about the new signings, Coach Paul James said: “I’m excited to have Cameron and Liam with us this season. Liam’s a player that I have spoken to for a few seasons now, but we have not been able to get a deal over the line. He has had the experience of playing and being in and around good levels of competition in Germany and I look forward to him bringing that experience here to the Plymouth City Patriots. I have liked what I’ve seen so far from Cam in training and think he’s going to be another exciting young player to watch. He has a lot of upside to his game and is only going to get better as the season goes on.”