Nick Saban’s favorite immature joke was exposed by an Alabama... 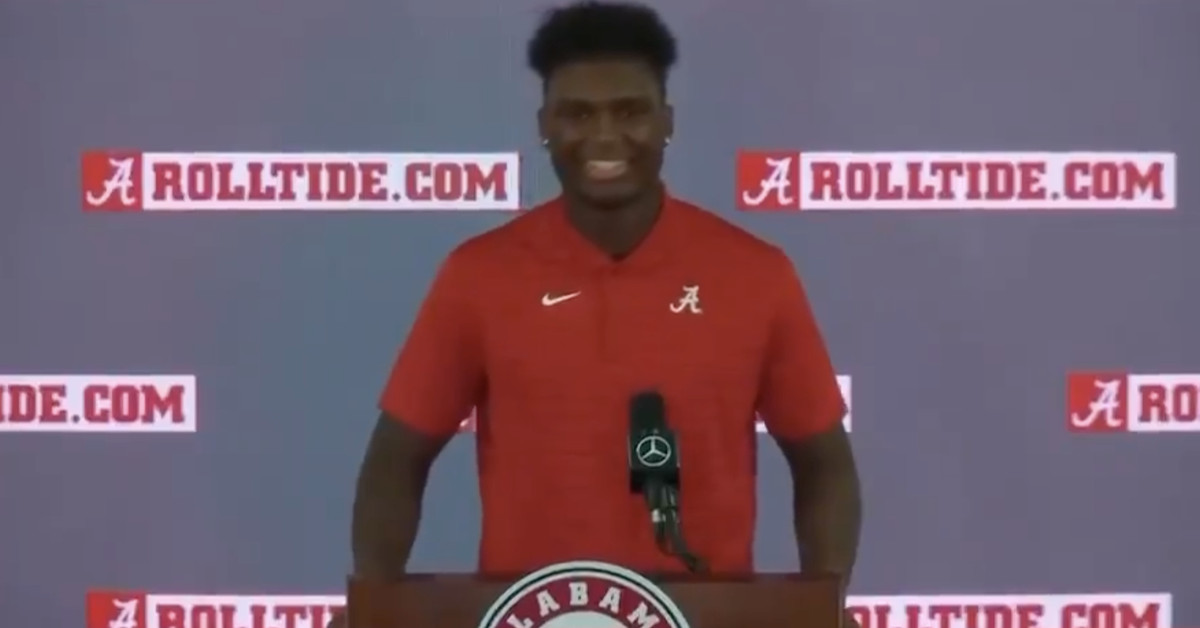 Nick Saban is known as a man of Serious Business. Saban has become arguably the greatest college football coach of all-time by bludgeoning the life out of opponents with unrelenting waves of talent. For years, Alabama stacked national championships under Saban by dominating the trenches and playing the most vanilla form of football imaginable. At this point, the Tide are producing stud quarterbacks (Jalen Hurts, Tua Tagovailoa, Mac Jones) and wide receivers every year, and they’re still winning national titles. As a head coach, Saban can truly do it all.

There is rarely anything humorous about Saban or Alabama. They dominate college football, lose their best players to the NFL, replace them with new five-star recruits, and keep the machine running. This is what happens practically every season. Apparently Saban does have a sense of humor, though. He even has a favorite joke.

Alabama safety Jordan Battle let the whole world know Saban’s signature sense of humor during media availability on Tuesday after the Tide moved to 2-0 with wins over Miami (FL) and Mercer. Battle was asked by a reporter if he had any favorite sayings by Saban. His answer is priceless.

Oh my gosh. It’s almost as funny when you see it transcribed.

We’ll probably never get him again after that but what a moment.

Former Alabama running back Josh Jacobs, now of the Las Vegas Raiders, talked about Saban’s favorite joke during a 2019 appearance on The Dan Patrick Show.

“He likes to do a lot of ‘deez nuts’ jokes,” Jacobs said during the interview. “It’s funny because I haven’t heard one of them since like middle school, but when I went to college Saban used to do it a lot.”

A surprised Dan Patrick then asked Jacobs to provide an example.

“One day I caught like five passes in a row,” Jacobs recalled. “He was like, ‘Hey Josh, if you want to hold all them balls, hold deez.’ I said, ‘What, Coach?’ I sat there for a second and I was like, ‘Did he really just say that?’”

It’s one thing for Saban to get sold out by a former player now in the NFL. We can only image the coach will not be happy with Battle for exposing him again during the season. Prayers up for that young man.

We all learn something new every day. Today, we learned that Nick Saban loves ‘deez nuts’ jokes.

Lane Kiffin adds some valuable insight on Saban’s “deez nutz” jokes. Says it started with @marlon_humphrey, who introduced Saban to the jokes. Saban took it from there. Deez nutz are a process.