Karl-Anthony Towns on playing with Anthony Edwards and D’Angelo Russell,... 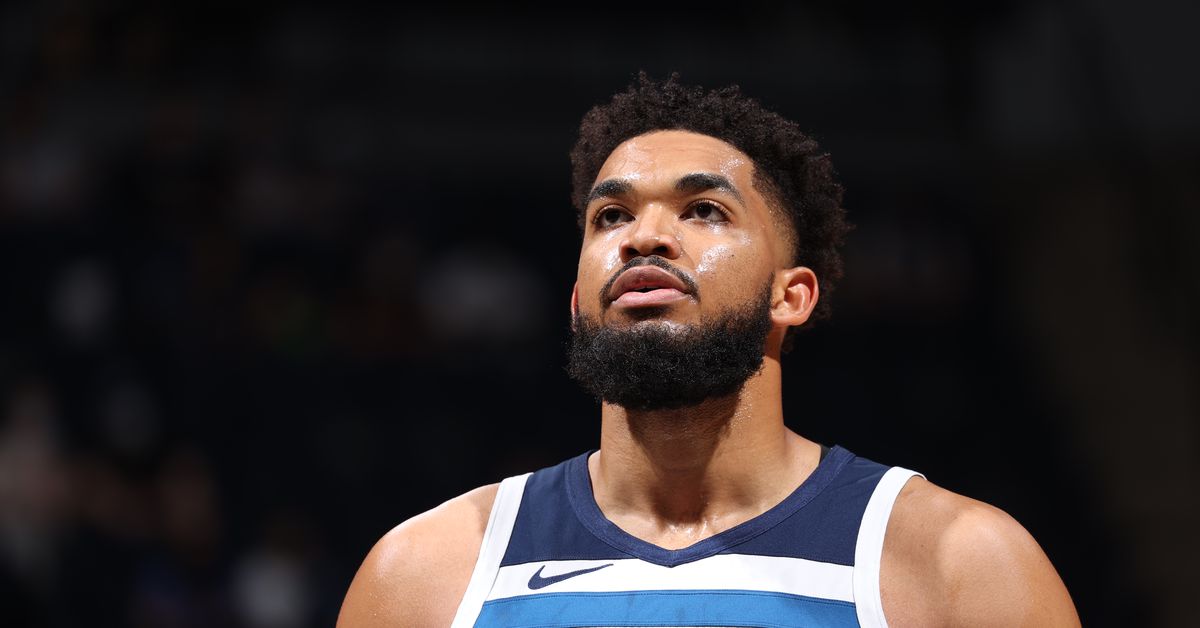 Karl-Anthony Towns has been one of the most productive big men in the NBA since becoming the No. 1 overall pick in the 2015 draft, but he’s only made one playoff appearance with the Minnesota Timberwolves. Ahead of his seventh season in the league, Towns believes the best is yet to come for both himself and his team.

Towns is coming off the most trying 18 months of his life. His mother Jackie tragically passed away from Covid in April 2020. Towns also lost six other family members to the virus. Towns has publicly been a proponent of vaccine, and has been urging the public to get their shots during this offseason.

SB Nation talked to Towns about the upcoming season, his relationship with D’Angelo Russell, what it was like to play with Anthony Edwards, and his evolution as a shooter. Towns is working with Mobil 1 to offer prize packages for fans through Behindthedrive.com.

This conversation has been lightly edited for clarity.

I think everyone knows you’ve been through a tumultuous 18 months. Before the new season, how are you doing?

I’m doing good. It was a good offseason for me just to get realigned — as much realignment as I could do. Just finding that itch. Playing the game, enjoying life, being with my family. It was big. Especially after Covid, it was really refreshing to see my niece, my nephew, my pops, my sister.

How much do you think about how your season at Kentucky ended? The team had such a great year, starting 38-0, and you fell just short in the Final Four. Now that you are six years removed from college, does the way the season ended still sting?

Man, I talked to (John Calipari) the other day, I’m still upset about it. It haunts me a lot. That was an amazing opportunity. All the work was put in, the results were show, and we just had to finish and we didn’t get the job done. Even to this day, I see Frank Kaminsky, I see Sam Dekker, I feel a little angry. Duke as well. It’s one of those things you just have to live with. It never goes away.

You finally got to play with your pal D’Angelo Russell last season, but between injuries and the pandemic, it was a tough year. What do you two hope to accomplish heading into the new season?

I think that we have a lot to accomplish. We have a lot of things we want to do. Just trying to do everything we can to make this team as successful as possible and build a culture that can stand the test of time. That’s what we’re focused on building right now. The best is yet to come for us. We haven’t had a real season where we were healthy. I was hurt, and when I came back I wasn’t close to 100 percent but had to find ways to make it happen. Then he got hurt, and he wasn’t 100 percent. It’s going to be great to be back at it. Last year early in the season we started off so hot, we were both healthy, both ready to go. Hopefully we can carry that out for 82 games.

Anthony Edwards seemed to exude so much positive energy as a rookie last season. What was it like being a veteran teammate for him?

He’s a ball of energy. He has a lot of positivity. He reminds me and D’Lo a lot of ourselves when we came in where he has all the energy in the world and he can do all of this all day, every day. He’s just an amazing player. An amazing teammate, as well. He has the chance to be really great. We’re going to continue being the right vets for him and continue steering him in the right direction for success. No ego into it, no nothing. Just want him to be the best player he can possibly be for his family and this organization so we can all win together.

I love watching Anthony’s interviews. He’s always so candid, and confident, and funny. What’s the most ridiculous boast Ant has made?

I don’t know. He boasts about everything every day. I don’t think he doubts he can do anything. I’ve heard him talk about baseball. That’s my sport, big dog, I know what to do with that. You want someone who exudes confidence, and he definitely does that. I’m going to let him believe he can do everything, because at the end of the day the belief he has in himself comes out on the court and shows in the results he puts up.

Casual fans might not realize it, but by the numbers you are one of the greatest shooting big men ever. How do you view your evolution as an outside shooter?

There’s no reason to be one dimensional. I always wanted to be the most versatile player I could be. Throughout the years of having such amazing coaches and teachers, and having my father be at the forefront of teaching me the game and building my skill set — I don’t think anyone else has a skillset like I have, especially at my size. I just always want to utilize that as much as possible. There’s no reason to be just a shooter. I think the numbers speak of themselves that I’ve been very efficient in my career at all three levels. That’s what I wanted to be. My whole game is built off efficiency regardless of if I’m close to the basket, mid-range, three-pointer, deep three, I wanted to be efficient as possible at every aspect. I score at all three levels, and I’m going to continue to score at all three levels.

I always felt like I was a great shooter. My dad always knew that. Cal knew that. Kentucky fans can take that as they like — but Cal knew that. I just wanted to utilize my game as much as possible especially in the NBA.

What’s this Mobil 1 campaign about?

It’s an amazing partnership that came together this summer. To have such an amazing brand like Exxon come through with Mobil 1 to give this chance to fans to win some amazing gear, and amazing prizes, that are once in a lifetime, it’s amazing. Especially with the behind the drive campaign that we started, just speaking out about giving back. What drives me to be great, what drives me to workout as hard as I do. It’s been amazing to get some stories out to try to inspire the next generation. This was just a partnership that was amazing. It’s amazing thing to be back on and off the court.