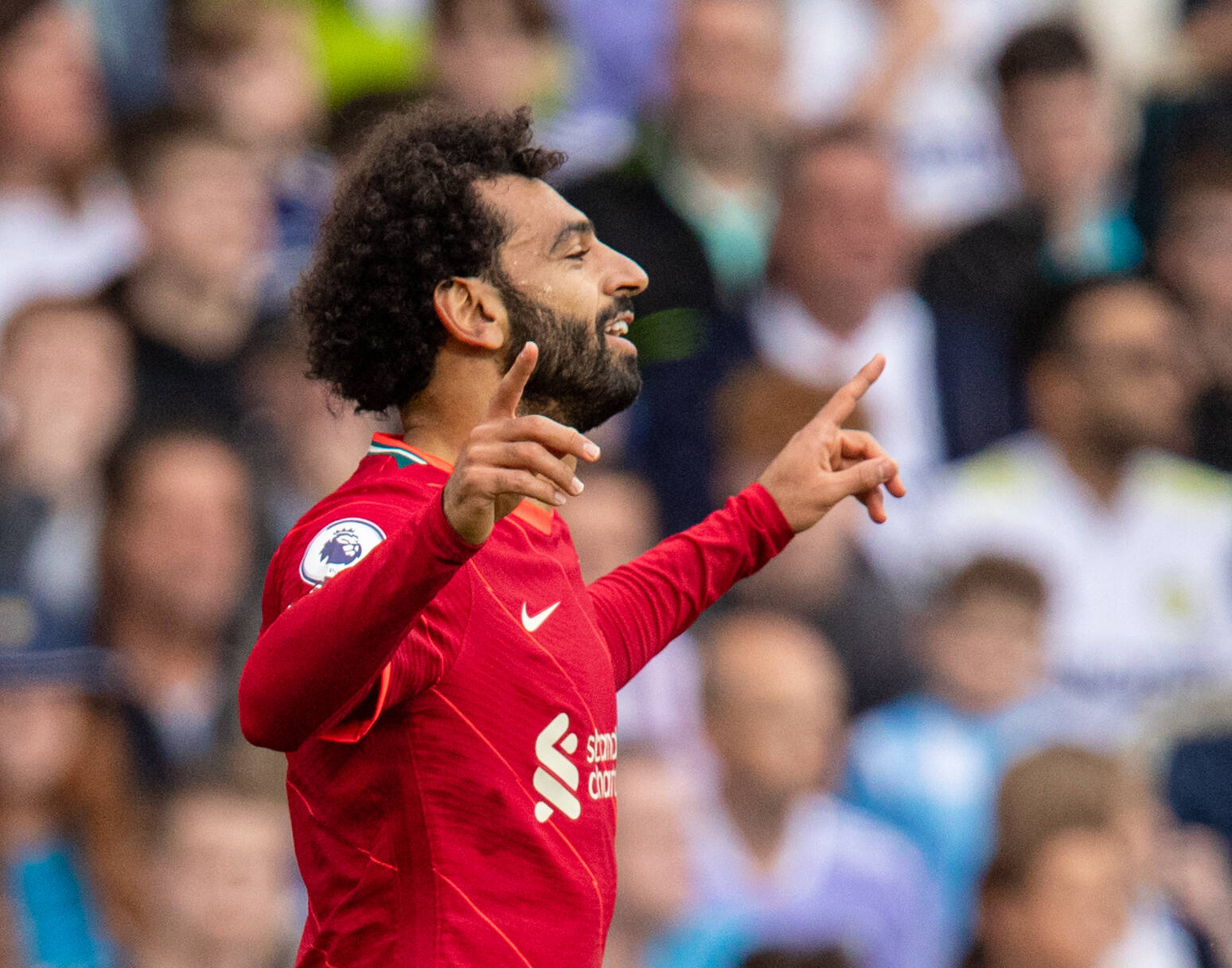 The popular football pundit has hailed the Egyptian forward as an “outstanding” player after Liverpool won 3-0 against Leeds United at Elland Road on Sunday.

Salah scored the opening goal for the Reds and became the 30th player in Premier League history to have scored 100 goals.

Only four players in the history of the Premier League have reached the landmark tally in fewer games – Alan Shearer (124 games), Harry Kane (141), Sergio Aguero (147) and Thierry Henry (160).

The 29-year-old has been simply phenomenal for Liverpool since he joined from AS Roma in 2017, and there will be a shortage of adjectives to describe his importance to the side.

He has scored 128 goals in all competitions for the Reds, averaging over 20 goals in every season in the past four years.

Neville has suggested that nobody thought that he will become such a world-class player. The former Manchester United right-back has hailed him as a Premier League great, and said that his playing style is similar to that of Manchester City winger Riyad Mahrez.

Both the players like to cut inside and have a go at the goal, and they are quite predictable in their approach. However, such is the quality of Salah that he keeps on scoring.

Forwards are often branded as selfish, and Salah has been criticised for being self-minded as compared to the likes of his teammates Roberto Firmino and Sadio Mane. However, Neville doesn’t buy that argument.

“He is single-minded, more single-minded than Firmino and Mane. He is absolutely outstanding,” said Neville to Sky Sports podcast.

“You sometimes think he’s like Mahrez, he’s quite predictable in what he does. You know what he is going to do next but you can’t stop it. He’s that brilliant.”

Salah has been in brilliant form this season for the Reds as well, scoring three goals in four Premier League games already.