Man City’s Ferran Torres opens up on potentially developing into... 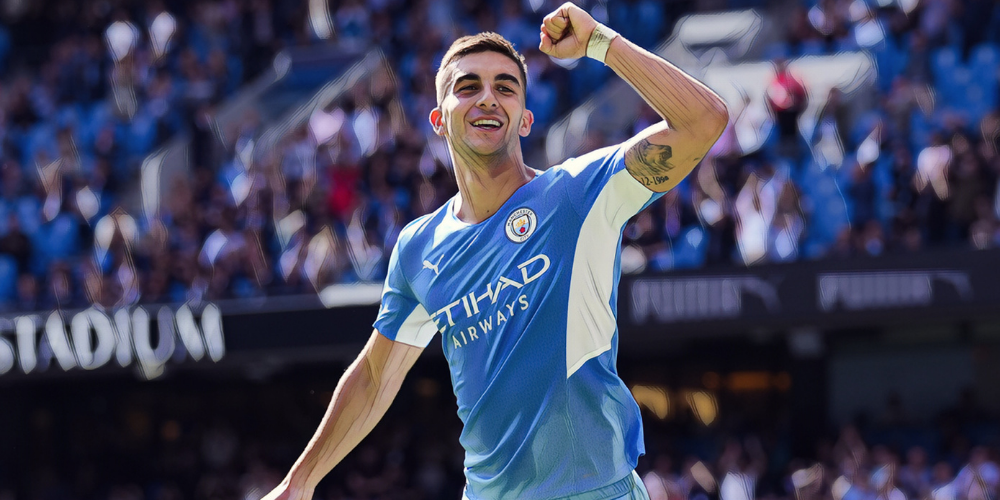 Manchester City’s Ferran Torres has opened up on his position amid suggestions that his future could lay as a more central forward.

Torres made a £20m move to Man City last summer, and was widely expected to challenge among City’s stacked ranks in a wide berth, a position in which he operated at Valencia.

However, the Spaniard netted a superb hat-trick against Newcastle back in May after being deployed as a false nine, and Guardiola waxed lyrical about the forward’s natural goalscoring instincts.

“Yeah, he can be [a central striker], he has the talent,” Guardiola said after the game. “This season, he was brilliant and now his rhythm has increased a lot. At the start, he was a little bit soft, but the game against Crystal Palace, he made a turn. So good. The best game I think he has played.

“The movements he played as a striker, always runs in behind, and, I don’t know why, but the last goal, it hits the crossbar, where did the ball come? Where he is! This is the smell, the sense of goal. The striker knows, anticipates, intuitive to know where the ball is going one second before it arrives, and he has this talent. Very pleased for him.”

He has already got his goalscoring account for the current season underway with a tidy brace against Arsenal in City’s last outing, a game in which he again showcased his ability to find spaces in the box, while he also netted in Spain’s World Cup qualifying wins against Georgia and Kosovo.

Speaking to Sky Sports ahead of the weekend fixture against Leicester, Torres said he is happy to play in any position for his side.

“As long as I play I am happy it does not matter if I am on the wing or centre forward,” he said. “I’m still young and still learning and have a lot of time to improve.”

City fruitlessly toiled to try to sign a striker in the summer, seeing a protracted pursuit of Harry Kane end in failure before seeing their attempts to sign Cristiano Ronaldo also also result in disappointment, with Pep Guardiola’s only recognised centre forward being Gabriel Jesus, who has shone in wide areas this season.

Asked specifically about playing through the middle, Torres said it’s a position in which he feels comfortable, but says he still has plenty to learn.

“I feel comfortable,” he said. “The coaches and the manager have been helping me a lot, but I still need to improve because it’s a new position for me.”