Vita Vea is the unsung hero of the Tampa Bay... 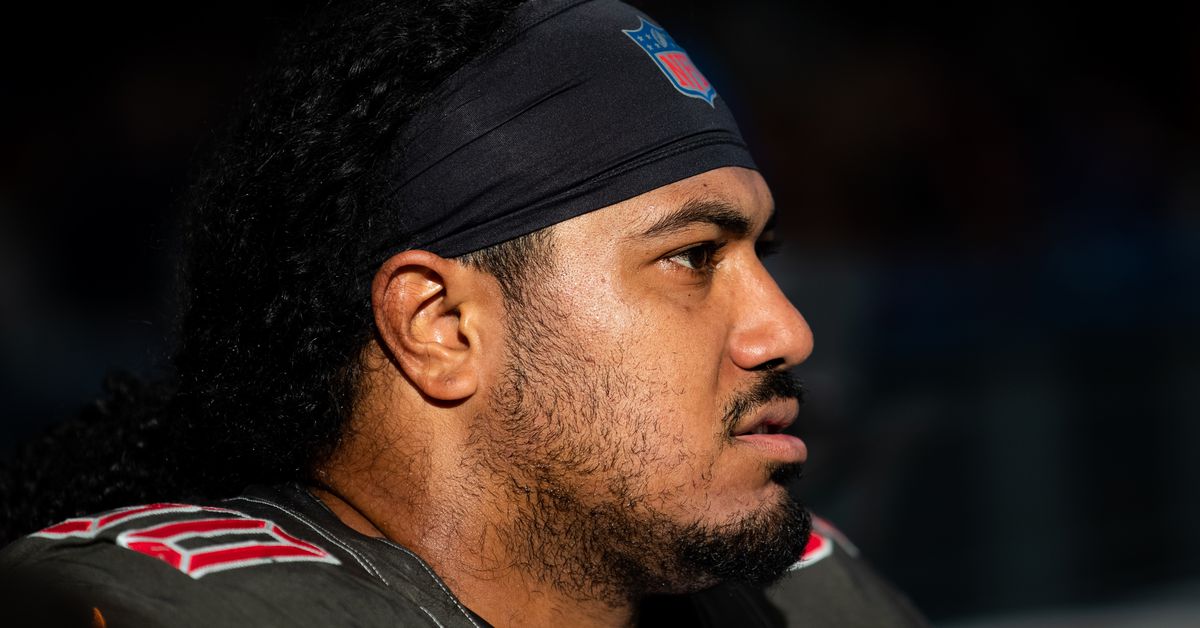 It’s easy to overlook Vita Vea on the Tampa Bay Buccaneers defense. Lavonte David and Devin White are two of the NFL’s best coverage linebackers. Shaquil Barrett is an elite pass rusher on the outside. Jason Pierre-Paul and Ndamukong Suh are proud veterans who were still productive in their 30s last year. Antoine Winfield Jr. was something of a rookie sensation in the defensive backfield. Of course, the presence of Tom Brady overwhelms everything else when it comes to the Bucs.

Vea entered the league with plenty of hype as the No. 12 overall pick in the 2018 NFL Draft. He played a crucial role on their Super Bowl LV champion, but sometimes it takes a more sophisticated eye to appreciate his impact. Vea only had 7.5 sacks combined in his first three seasons, and suffered a fractured ankle that limited him last season before he returned deep into the playoffs.

Nose tackle isn’t exactly the most glamorous position on the field. The job description historically involves the words “space eater.” Essentially, the nose tackle exists to free everyone else up to run around and make plays. Even some of the best nose tackles we’ve seen in recent years — Ted Washington, Pat Williams, Vince Wilfork — aren’t the center of attention on their teams.

But if you watched the Bucs’ comeback win against the Dallas Cowboys in the season opener on Thursday, it was hard to take your eyes off Vea. This is because Vea is huge and scary and absolutely dominant on the field. He is 6’4, 346 pounds of raw power.

Vea was not credited with a tackle against Dallas, and still felt like he left a massive impact on the game. Watch him plow through the middle of the Cowboys’ offensive line to get a pressure on Dak Prescott here:

Look at the way he blows up the offensive lineman here:

Vita Vea’s ability to hump move an offensive lineman without slowing down and/or moving off his path is something else. So violent and powerful pic.twitter.com/GDtUX4IqRx

Sometimes you’re best bet to hold and hope you get away with it:

If you’re upset about the uncalled OPI, then you should be equally mad this obvious hold wasn’t called against Vita Vea on the play that got Dallas into FG range pic.twitter.com/kCCv1uJSNv

The Bucs even lined him up as a fullback at times offensively. That’s a big dude for a lead blocker.

Even as Brady finished with 379 yards and four touchdowns while leading the final drive to win the game, there was case for Vea as the most impactful player of the game. Without making a tackle!

Vita Vea is the largest player ever who’s about to get a whole damn tape piece from me. Player of the game.

Scariest part about this dude? He played the whole game with no gloves and no tape. What a monster.

Vea isn’t scoring any fantasy points this year, and he’s probably never going to be one of the first names mentioned on the Bucs with Brady as the headliner and so much defensive talent around him. There’s no doubt that Vea is an absolute force, though. His play deserves to be recognized.