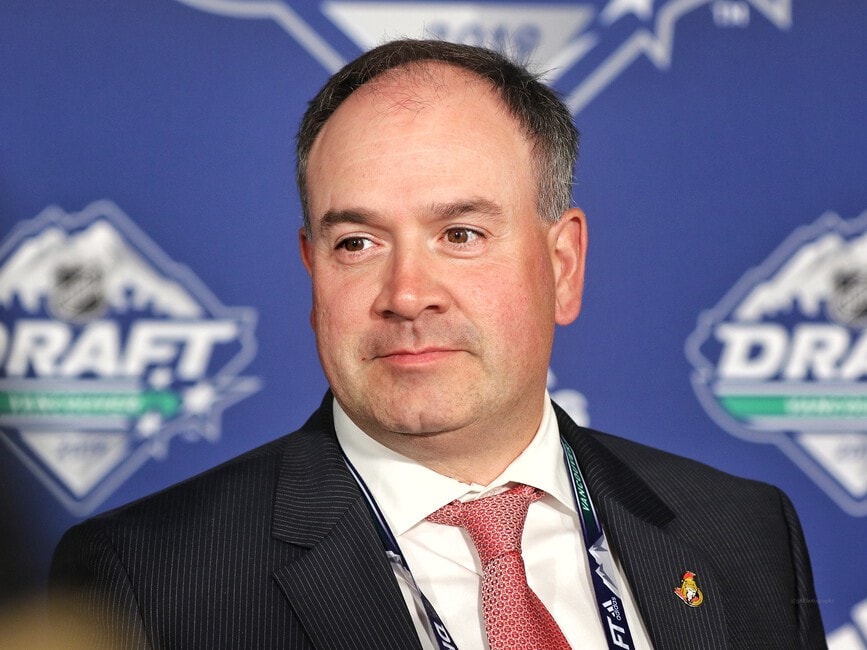 The Ottawa Senators continued their offseason work this week by extending general manager Pierre Dorion to a multi-year contract extension. It will see Dorion through the 2024-25 season with the team holding the option for 2025-26. Dorion, who is from Ottawa, has been with the organization since July 2007. He has served as the Sens’ chief amateur scout, director of player personnel and assistant general manager before taking the reins as general manager.

When he was given that title in April 2016, the Senators were in a much different place than they are today. The team was lead by captain Erik Karlsson and fellow teammates Mike Hoffman, Kyle Turris and Mark Stone. In his first full season, they were just one win away from a trip to the Stanley Cup Final before losing to the Pittsburgh Penguins in double overtime of Game 7 in the Eastern Conference Final. Fast forward to today – the Sens are nowhere near Stanley Cup contention, but Dorion has gotten them back on track and he deserves to see this rebuild through.

Dorion’s Been Through It All

The Senators organization and fanbase have been on a roller coaster of emotions since Dorion took over. When they made their run to the Eastern Conference Final in 2017, they had finished second in the Atlantic division with 98 points. You could’ve made the case that Karlsson was the best player on the planet and if they had won that Game 7 and gone to the Stanley Cup Final, things would look a lot different right now. Instead, the Sens went in the opposite direction the following season. His first real move as general manager was sending Mika Zibanejad to the New York Rangers for Derrick Brassard before that 2016-17 season began. At the time, the deal received a ton of attention because Zibanejad was just starting to look like a real good NHL player and Dorion had shipped him out for an older player who many believed was past his prime. To this day, the trade is still scrutinized but Dorion wasn’t done there.

On Nov. 5, 2017, the Sens were involved in a three-way trade with the Nashville Predators and Colorado Avalanche. The major pieces involved in the deal was that the Avs traded Matt Duchene to Ottawa, Ottawa sent Kyle Turris to the Predators and Colorado acquired Ottawa’s 2019 conditional first-round pick (No. 4 – Bowen Byram) and Nashville’s Samuel Girard. Four months later in Feb. 2018, Dion Phaneuf and Brassard were dealt and it ultimately began the teardown of the previous team.

Just before the 2018-19 season started, Karlsson was traded to the San Jose Sharks for one of the biggest returns in recent history. Dorion was able to acquire Dylan DeMelo, Chris Tierney, Rudolfs Balcers, Josh Norris and draft picks who turned into Tim Stützle, Zach Ostapchuk and Jamieson Rees. Obviously, the trade at the time was a huge blow to the organization but there’s no denying it’s paid dividends and wound up being fantastic for Ottawa. That same season, Dorion also moved on from Duchene, Stone and Ryan Dzingel while bringing in Anders Nilsson, J.C. Beaudin, Vitaly Abramov, Lassi Thomson, Erik Brännström, Egor Sokolov, and Mads Sogaard.

In the years that followed, Dorion has been able to secure tons of draft capital and added key pieces to today’s current lineup and core such as Connor Brown, Nikita Zaitsev, and Matt Murray. A scouting department led by Trent Mann has been one key to Dorion’s success but there’s no denying he has turned this franchise around much quicker than expected. He started off by taking heat for trades and tearing down the team but Dorion has been the right man for the job.

Time to Cash In

This season will be the fifth of Dorion’s tenure at the helm and every aspect of the organization seems to be going in the right direction. They have leadership, talent and chemistry. All the necessary core building blocks of a Stanley Cup champion. Senators owner Eugene Melnyk reiterated this during Tuesday’s media availability.

“We’re very pleased to sign Pierre to a second extension as Senators general manager. Dating to when he was named GM in 2016, Pierre has worked tirelessly towards building an organization that can compete with the National Hockey League’s best. He’s dedicated, detailed and maintains a sound hockey mind. Under Pierre’s leadership, we have the utmost confidence that this team will soon be recognized as one that is consistently meriting success.” 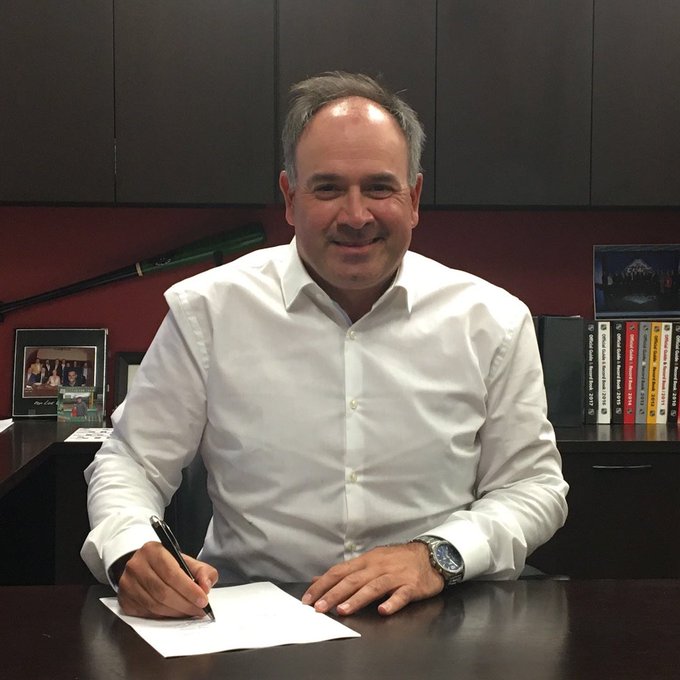 This season is an important one for Ottawa. They’ve made great progress over the last 18 months and especially with how well they played during the second half of last season. According to Dorion, the rebuild is done and they’re ready to take another giant step forward.

“To me, this is going to be the fun part. The rebuild’s done. Now, we’re stepping into another zone and I’m excited about the group of players we have with the maturity that they’ve brought or gotten over the last few years. I’m excited about some of the veterans and how they’ve taken a big step. It’s going to be fun. The next four years, I see the Ottawa Senators playing some really good hockey, bringing some exciting hockey and the fans are going to be part of our winning ways.”

Now comes the execution. It’s all sunshine and roses when talking about how well the team looks or what you’re projecting but the reality is that when the puck drops, the players have to perform. Dorion has earned every right to earn this extension and you can bet that he will still be looking to add pieces before October and well into the season.

Giovanni Siciliano is a THW freelance writer that covers the latest news and rumours surrounding the Ottawa Senators. He is a lifelong hockey fan who aims to give his readers more knowledge and better insight pertaining to the game. After completing an internship at The Hockey News, and having a few of his stories published like this one, Giovanni knew he wanted to make this a career and share his passion for hockey with others. He was the host of the FaceOff Hockey Podcast before joining the team at THW. To interact with Giovanni about the Senators, the NHL or any other sport, you can follow him on Twitter by clicking here. You can also check out more of his articles here.