Brad Tucker signs on for more with Seawolves 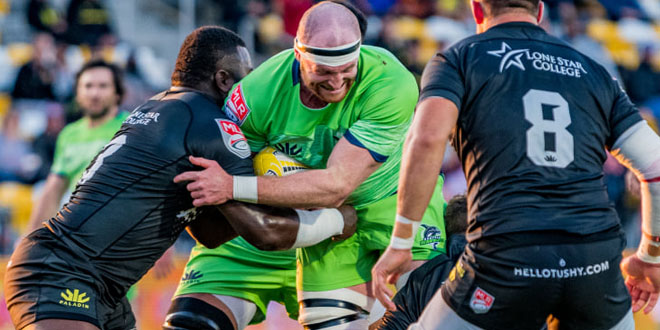 Brad Tucker has signed a two-year contract extension with the Seattle Seawolves, tying him to the club through the end of the 2023 Major League Rugby season. He is the 10th player re-signed by Seattle in what has already been an active off-season.

Since arriving in Seattle ahead of the 2019 campaign, Tucker has been a key player in the Seawolves lineup either at lock or on the blindside flank. This past season was disrupted by an Achilles injury that restricted him to eight appearances after starting every match of the 2019 and 2020 seasons.

Comments from new coach Allen Clarke indicate that Tucker will be used primarily as a back row player moving forward. The 28-year-old New Zealander will meet the three-year residency mark to qualify for the USA for a brief period in December before the regulation jumps to five years in January 2022.