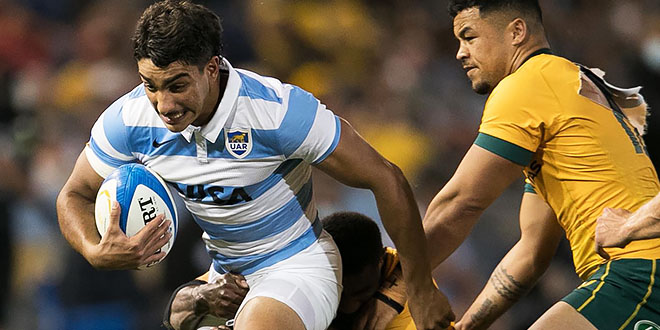 Argentina will be without Nicolás Sánchez and Santiago Carreras next weekend. The fly half and fullback / wing have been ruled out of the Rugby Championship match against New Zealand due to injuries. The Pumas medical report also lists the uncapped Santiago Mare as out of the fixture.

Sánchez started in game one against South Africa and featured from the bench in game two. Santiago Carreras started both matches. He was fullback in the first and wing in the second. The duo also featured in the starting line-up against Wales in the July Internationals.

Miotti is now set to retain the 10 shirt against New Zealand. He is one of two specialist fit fly halves on the roster. The other is Joaquín Díaz Bonilla. He was last capped in 2019. There is no guarantee to Bonilla will feature against New Zealand; Ledesma has opted against a replacement fly half in the past.

The loss of Carreras is less problematic. Argentina has nine players to consider for the back-three. Center Juan Cruz Mallía started at fullback in the most recent fixture while Matías Moroni played wing in the first. The roster also contains Emiliano Boffelli, Mateo Carreras, Santiago Cordero, Santiago Cancelliere, Bautista Delguy, Ignacio Mendy, and Marcos Moneta. All but two have started tests under Ledesma.

Two of the four names are also back from injuries of their own. Moreover, there are four returning names in total from injuries Loose head Facundo Gigena, fullback / wing Emiliano Boffelli, center / wing Matías Moroni and center Matías Orlando are all again available for Ledesma.