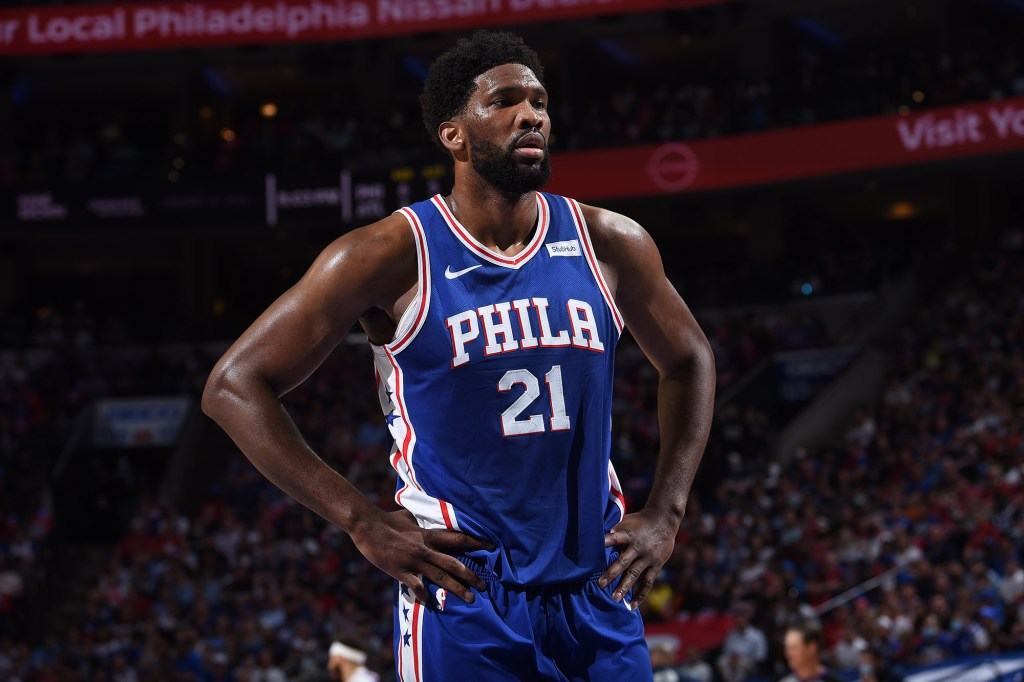 The 76ers are sure about at least one of their stars.

Big man Joel Embiid is finalizing a four-year, fully guaranteed $196 million supermax contract extension with the 76ers that will keep him in Philadelphia through the 2026-27 season, ESPN reported Tuesday.

The contract includes a player option for the final year, according to ESPN.

But it does not come with provisions protecting the 76ers in case the injury prone 27-year-old suffers a “catastrophic” injury to his lower back or feet, like the five-year, $147.7 million deal he signed in 2017, the network reported.

Embiid has never played more than 64 games in a season.

While extending Embiid was the easy part of this offseason, the Sixers are still trying to navigate the situation with Ben Simmons, who is currently in limbo with the franchise. Following Simmons’ lackluster performance in 76ers loss to the Hawks in the conference semifinals, Philly head coach Doc Rivers memorably said he couldn’t answer a question about whether the 25-year-old could be the point guard on a championship-caliber team.

Joel Embiid during a game against the Hawks.Getty Images

Then, Embiid pointed to what is now infamously known as “The Pass” – when Simmons opted to dump it to Matisse Thybulle under the rim with 3:30 left in the 76ers’ Game 7 loss – as the turning point for Philadelphia.

Shortly after the Sixers’ season ended, ESPN reported that discussions regarding Simmons’ future with the organization began.

Both Simmons and Embiid have spent their entire NBA careers in Philadelphia, having been teammates since the 2017-18 season. Since he was drafted No. 3 in 2014, Embiid has posted a career average of 24.8 points, 11.3 rebounds and led the team to the playoffs the last four seasons.