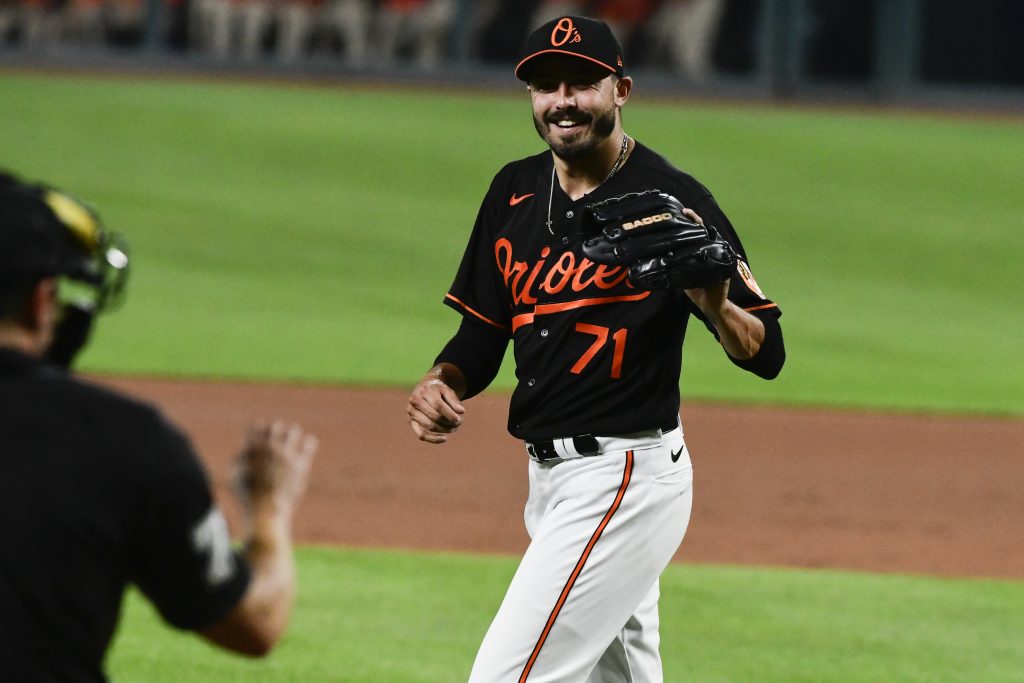 The Dodgers announced they’ve designated Conner Greene for assignment. The move clears space on the 40-man roster for Shane Greene, whose previously-reported agreement with the club has been made official. Evan Phillips has been placed on the 10-day injured list with a right quad strain to open room on the active roster.

Los Angeles just added Conner Greene off waivers from the Orioles two weeks ago. They could now stand to lose him after just a pair of big league outings, as the 26-year-old will find himself on the waiver wire again over the coming days. He’s made his first five MLB appearances between Baltimore and L.A. this season, tossing 5 2/3 innings of six-run ball but striking out seven while issuing only a single walk. Greene struggled over a much larger body of work with the O’s top affiliate in Norfolk, where he posted a 7.39 ERA with worse than average strikeout and walk rates (20.4% and 12.4%, respectively).

Obviously, Greene hasn’t gotten the results he’s desired so far in 2021. But he’s averaged just under 96 MPH on his fastball during his big league action and generated strong swinging strike rates at both the major league and minor league levels. He’s also a former well-regarded prospect who ranked among the Blue Jays’ most promising farmhands during his earlier days in the Toronto system. Greene still has a minor league option remaining, so any team that claims him could keep him in the high minors through the end of the season.