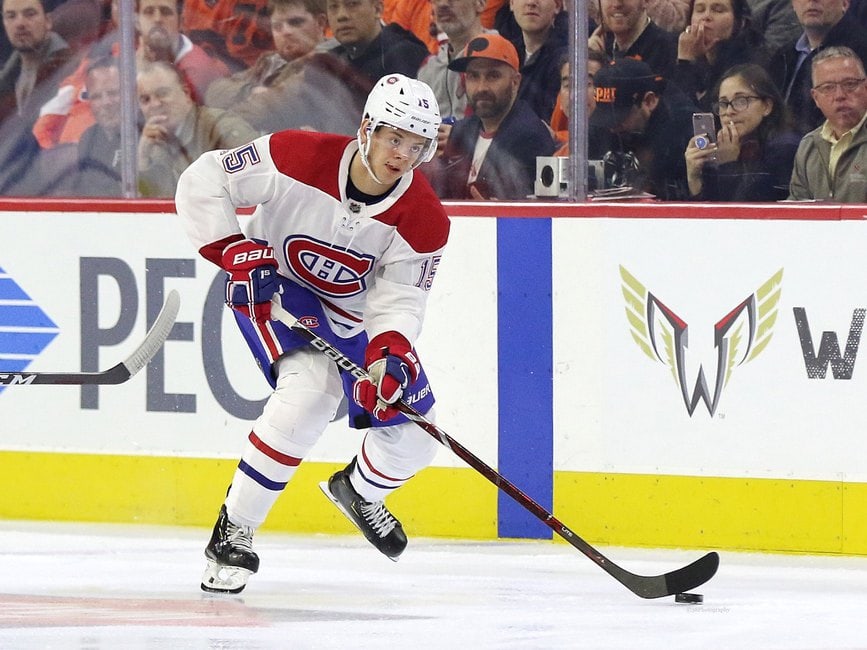 In today’s NHL rumors rundown, after Saturday evening’s bombshell, we’re focused solely on two teams: the Montreal Canadiens and Carolina Hurricanes. If the offer sheet tendered to Jesperi Kotkaniemi seems incredible, it is and there’s a lot that apparently went on behind the scenes. A player who might have been set to earn between $2 and $2.5 million for his salary next season, the Carolina Hurricanes offered Kotkaniemi $6.1 million on a one-year deal with a $20 signing bonus.

Why? What was the motivation behind making such an outrageous move? Is this about hockey or is this the ultimate revenge? And, what was the impetus behind Kotkaniemi playing along?

Hurricanes Tried to Trade for Kotkaniemi

Elliotte Friedman said on his 31 Thoughts podcast, “Carolina’s been looking for a centre, I think that’s the case and I do believe they were talking to Montreal about Kotkaniemi and they discussed the possibility of a trade. That definitely occurred. They couldn’t work out a deal.”

It sounds like either talks went badly or Carolina was looking at retribution from two years ago when the Canadiens signed Sebastian Aho to an offer sheet. Run by owner Tom Dundon and GM Don Waddell, the Hurricanes stayed focused on Kotkaniemi, all while sending a very loud message. They’ve created a difficult situation for Montreal who will be pretty thin down the middle with Phillip Danault already gone and despite the offer being way over valued, they’ll have to seriously consider matching.

As Arpon Basu of The Athletic writes:

“There is no logical reason for the Canadiens to match the Hurricanes’ offer to Kotkaniemi because not only does it throw their salary structure out of whack for next season, but also future seasons because that $6.1 million number becomes Kotkaniemi’s qualifying offer next season as well.”

source – ‘Canadiens in no-win situation with Jesperi Kotkaniemi, but they should be asking themselves how they got to this point’ – Arpon Basu -The Athletic – 08/29/2021

When asked if he would match the offer by co-host Jeff Marek, Friedman said: “I wouldn’t if I was them. You can’t look at this as a short-term thing, you have to look at it as a long-term situation because the contract Carolina has given you has long term ramifications.”

Does Kotkaniemi Want to Leave Montreal?

Unlike the Aho offer sheet of two years ago, Basu adds that Kotkaniemi signing this deal makes it appear as though he is looking to leave Montreal. Sure, it’s too much money for any player in his situation to turn down, but Basu notes, “So, leaving Montreal would appear to be something that Kotkaniemi is not only willing to do, but is actively seeking because of how difficult this offer sheet is to match.”Jesper Kotkaniemi, Montreal Canadiens (Amy Irvin / The Hockey Writers)

Basu adds that Kotkaniemi felt under appreciated by the Canadiens because they couldn’t decide if he was good enough to be their second-line center (even after losing Danault) and suggests “perhaps Kotkaniemi was in a headspace where trolling the Canadiens was not all that disagreeable to him.”

He also mentions that Nick Suzuki has been talking about the potential of an offer sheet next season and it’s unclear whether or not he’s open to it as well.

This Was Trolling At Its Finest

What’s gotten the most attention by fans is just how obvious Carolina has been about their distaste for what Montreal tried to do to them two years ago. While the Aho offer sheet took all of 30 seconds for the Hurricanes to match, this offer sheet is as much about getting back at the Habs as anything.

Pierre LeBrun writes: “Hurricanes did try to trade for Kotkaniemi instead over the past several days but nothing that came close to making the Habs interested. So Dundon gets his offer sheet revenge.”

The Hurricanes didn’t miss a single detail in their crafting of the offer sheet and put it together for maximum trolling effect. Waddell’s quote in the team’s press release was identical to what Marc Bergevin said after the Aho offer sheet in 2019. Not only that, but offering a $20 signing bonus (Aho’s number) and adding $15 to the end of the base salary to represent Kotkaniemi’s number is a glaringly obvious reminder that this was done to send a message.

”Sebastian Aho accepted our offer. He wants to come to Montreal. He sees our youngsters coming up in the organization and he wants to be a part of that. We’re proud, but there’s still a waiting period.” – Marc Bergevin #GoHabsGo

Amazingly, Sara Civ writes that she tried to reach out to Waddell after all of this went down and notes: “Hurricanes President and GM Don Waddell cannot immediately be reached for comment about the offer sheet because he is currently at the rodeo.” Not only did Waddell enjoy doing this, he took off to watch the rodeo knowing every media outlet in town would be trying to get a hold of him. (insert the ‘not his first rodeo jokes here.)

Jim Parsons is a senior THW freelance writer, part-time journalist and audio/video host who lives, eats, sleeps and breathes NHL news and rumors, while also writing features on the Edmonton Oilers. He’s been a trusted source for five-plus years at The Hockey Writers, but more than that, he’s on a mission to keep readers up to date with the latest NHL rumors and trade talk. Jim is a daily must for readers who want to be “in the know.”

Other content contributions include: NHLtradetalk.com, The Sportster and hosting weekly video casts, THW News and Rumors Rundown, plus Oilers Overtime.