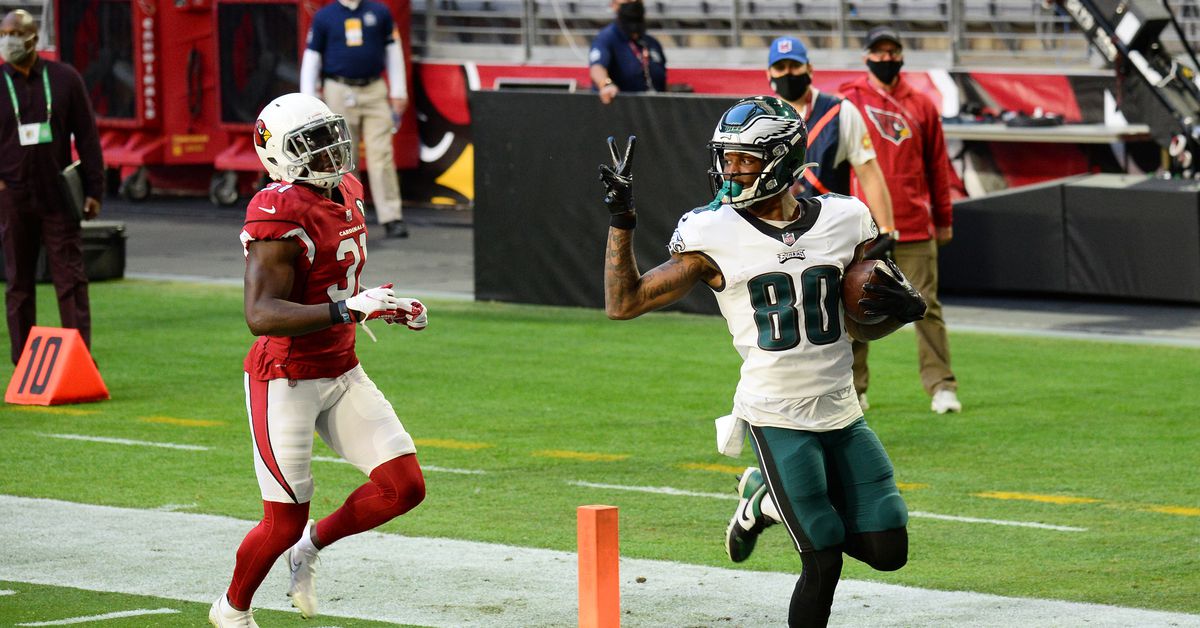 Every year the NFL rules committee reviews, tweaks and augments elements of the game in an effort to mold football more to the league’s image. Inside of this exists the “points of emphasis” — new or existing rules the NFL is asking officials to pay greater attention to and enforce more stringently.

This year’s point of emphasis is taunting, and the effect it has on the NFL could be the biggest, and most important in recent years.

With each passing of new NFL rules there exists tweaks that definitely change things up, but historically it’s been the points of emphasis that have truly altered the game of football.

There’s little question that the 2018 and 2020 changes were needed, especially in light of the public becoming more aware of CTE. Helmet hits were clearly horrible, not just for those on the receiving end, but the tackler as well. These alterations were made to protect players from themselves, who would otherwise be willing to do anything, and everything to get an edge on the field.

It’s the NFL’s increasing insistence on penalizing players for celebrations that remains mystifying. It doesn’t help when some of these rules’ biggest proponents, like Giants’ owner John Mara, are failing to really articulate why it’s bad for the game.

“Nobody wants to see a player taunting another player. I know I certainly don’t. I know the rest of the members of the competition committee feel the same, too.”

The issue is the wide generalization that “nobody” wants to see taunting. In fact, it’s an argument that has no factual basis. Of the numerous studies done on NFL ratings to better understand why fewer people are tuning in, “taunting” has never been cited as a reason people refuse to watch. There is evidence of some fans disliking player protest, others who feel the game is too violent, some who are turned off by off-field violence towards women, and the biggest reason: Fewer millennials and members of Gen Z are keeping broadcast packages that allow them to watch live football.

So, when Mara says “nobody wants to see players taunting,” he’s really saying “the old men making decisions don’t want it.” And it’s here we begin to get to the heart of the issue.

The NFL has long rallied against personal expression. Well before Colin Kaepernick took a stand, and players kneeled to protest racial injustice, the NFL was pushing a unified brand that kept players in lockstep. From uniform requirements, to fines for using items of non-sponsors, the league has been vehemently against the idea of players becoming their own brands.

Unlike the NBA, where player individuality is celebrated, the NFL wants every single player to be little more than a talented hunk of meat inside a league-approved jersey and helmet. The rest is locked away as much as possible. It turns the focus to the helmet and the team, rather than the person underneath. At times this has manifested itself in the most ludicrous of ways, like when Brandon Marshall was fined over $10,000 in 2013 for wearing green cleats — because he wanted to raise awareness for mental health.

If you follow this line we begin to understand the league’s real rationale behind banning taunting like celebrations before it. The old men in charge of the business have a very definite opinion that football doesn’t belong to the fans, or the players — but those in power. It’s an effort to make the athletes “learn their place,” while telling fans their wants and desires don’t matter.

If that sounds like the league is out of touch, it’s because they are. The NBA and WNBA, paragons of championing player individuality and supporting their athletes relative to other sports, have increasingly changed to understand what their consumers want. Fans want to care. They want to be invested. They want to love some players, and hate others — and if that’s because someone likes to trash talk or taunt, so be it.

This is the crux of the issue. Fans want to care. You let them care by getting them emotionally invested, and that emotional investment in a game comes from places far beyond a team’s win/loss record. While John Mara might not want to see players taunting, literally NOBODY wants to see this become the norm.

I don’t want to live in a world where this minor level of enthusiasm after steamrolling the entire defense is a 15-yard penalty what’s wrong with you @NFL pic.twitter.com/4kAk3NEkKy

If you drag an ENTIRE DAMN DEFENSE FOR 14 YARDS then you have earned the right to talk as much crap at you want. Benny LeMay, an undrafted free agent trying to make an impact, made the biggest play of his entire football career and watched it get erased because he talked a little trash to a defender and harmlessly tossed the ball in the air.

Sure, as a Panthers fan I don’t like seeing my team’s defense get embarrassed — but also, like, if these rules were active when Steve Smith was playing then by favorite receiver would have been ejected from every single game. You know why guys like Smith became so beloved by home fans and reviled by others? Because he had an edge. He inspired emotion. His on-field trash talking and taunting fired up crowds, had them buy in, made everyone care about football even more than they already did.

Now, a generation of fans won’t get to feel that. Instead they’re going to be fed the NFL’s bland, sanitized football mush, free of seasoning and served only to the most boring fans. The kind of people who think ketchup is spicy.

And this is all before we address the elephant in the room, which is that the NFL is introducing YET ANOTHER subjective, referee-decided penalty in a league where subjective penalties hurt the game. It remains to be seen whether taunting penalties will be equally enforced, or, God forbid, we see certain positions or people of color unfairly targeted by a rule that, by design, is based on the perception of a referee — rather than anything tangible.

The league is defining taunting as: “baiting or taunting acts or words that may engender ill will between teams.” This is a game where two teams are literally trying to prevent each other from succeeding. It’s competition. Of course there is going to be ill will. So, how does a referee get to decide what actions engender ill will, and what doesn’t? There isn’t an answer. At least there isn’t a logical one. Instead we’re going to see players have to make a choice between celebrating their own achievement, which we all love, or hurting their team through a penalty — and that sucks.

The NFL is hellbent on championing its vision of football above everyone else’s, and the new taunting point of emphasis solidifies it. This might seem like a small deal now, but wait until your team’s star receiver gets up after catching a key first down on a game-winning drive and gets hit with a 15 yard penalty for celebrating the big moment. Then we’ll see if the old man vision of football being presented by the NFL is worth it.